Please ensure Javascript is enabled for purposes of website accessibility
Log In Help Join The Motley Fool
Free Article Join Over 1 Million Premium Members And Get More In-Depth Stock Guidance and Research
By Will Healy – Jul 17, 2020 at 6:00AM

These stocks will get an extended boost from COVID-19 that should further strengthen their dividends.

California's move back into lockdown has dashed any hopes of a quick recovery from the COVID-19 crisis hitting the U.S. This should concern investors as more states will likely follow. As stockholders might recall, the last lockdown sent most stocks into a massive decline.

However, sales at grocery stores also surged as restaurant and bar closures led to more eating and drinking at home. This also brought a revived interest in some specific dividend stocks that many investors tended to ignore in the past.

Prospective stock buyers should pay more attention. Not only do many of these stocks produce higher dividend yields than the S&P 500 average of about 1.9%, but they also could draw interest for longer periods as customers return to grocery stores. Companies such as Campbell Soup (CPB 0.23%), Kimberly-Clark (KMB -2.12%), and Target (TGT -2.24%) should benefit as large percentages of the population go back into lockdown. Let's take a closer look at these three consumer staples stocks that also offer a dividend. 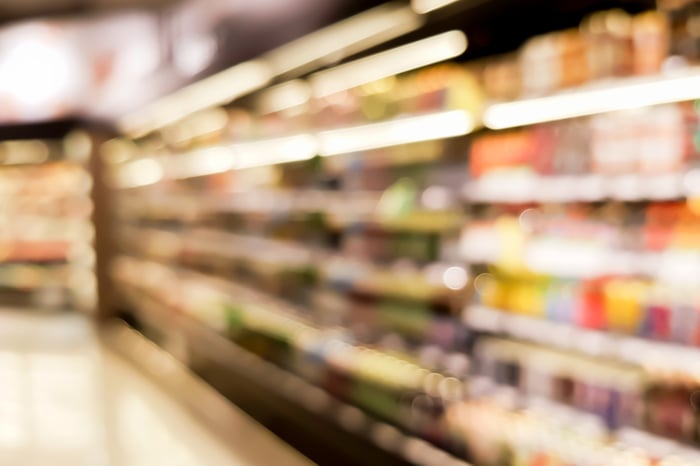 Campbell Soup is best known for its canned soup. However, like many large food companies, it has branched out and now manages numerous brands. Consequently, it also owns names such as Kettle potato chips, V8 vegetable juice, and Pace salsa.

Campbell's stock suffered for much of the last half of the 2010s as consumers increasingly turned away from packaged foods. However, a recovery began in 2019, and steady increases in the stock price have continued. 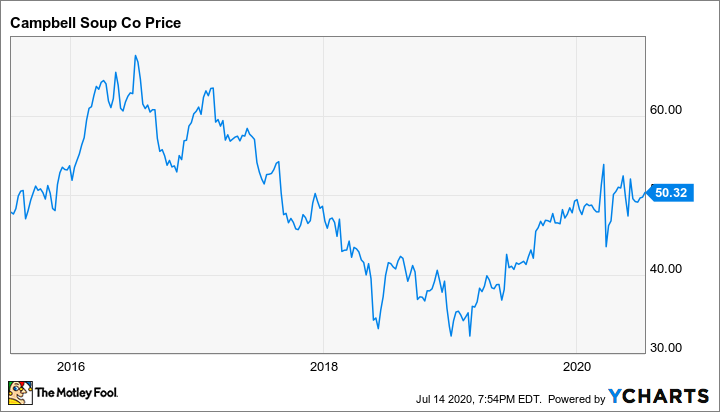 Still, the primary reason to buy this stock is arguably the dividend. Annual payouts have held steady at $1.40 per share since 2017. Campbell's stock yields about 2.8% at current prices. The dividend payout ratio, or the percentage of net income devoted to dividend payments, stands at about 47.7%, a level the company can comfortably sustain.

Moreover, despite the resurgence, the forward P/E ratio of 17.5 is near the five-year average multiple of 17.3. This comes as analysts project an earnings increase of 11.4% for this year.

In time, the coronavirus pandemic will likely pass. However, this bump in revenue could lead to more dividend hikes. It could also give Campbell's the capital to adapt to a market more oriented toward fresh foods.

Kimberly-Clark has become a valuable coronavirus stock due to its consumer staples product lineup. As the owner of Kleenex, Cottonelle, and other consumer products, it saw a sales run on many of its core offerings during the height of the pandemic lockdown. This helped to sustain Kimberly-Clark through the market sell-off in February and March.

Kimberly-Clark stock has risen by about 34% over the last five years. However, all of its gains happened within the previous two years. It has also remained relatively stable through the COVID-19 crisis. 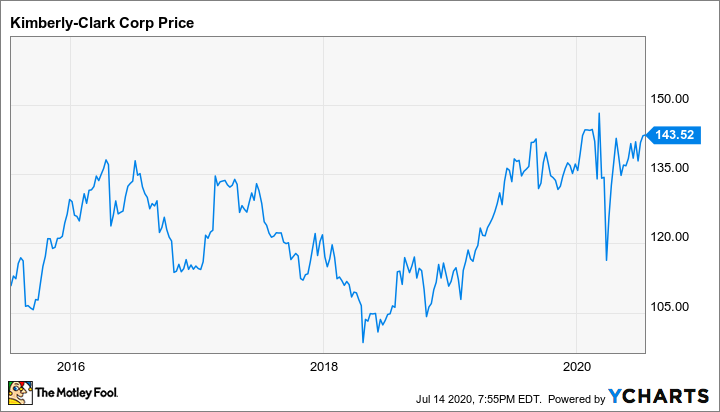 The recent sales bump could also help the company sustain its annual dividend. Shareholders will receive $4.28 per share for the year, a yield of almost 3%. Moreover, the Dividend Aristocrat boasts 48 consecutive years of payout hikes. Though the payout ratio of about 60.7% may seem a bit high, it should not compromise future dividend increases in the near term.

Also, despite this recent popularity, Kimberly-Clark stock trades at around 19.7 times forward earnings. That is slightly higher than the 18.7 average forward P/E ratio of the last five years. Still, the sales surge has sent profits higher. For 2020, analysts forecast a 9% rise in earnings. This is an improvement for a company that earned less net income in 2019 than in 2016. The higher income should also give the company more investment capital to adapt to market changes and increase dividends as COVID-19 fades from the headlines.

Amid the focus on retailers such as Amazon.com and Walmart, Target is sometimes forgotten. However, the discount retailer managed to turn its fortunes around despite competition from Amazon. Like Walmart, it developed an omnichannel presence, one that has served it well during the pandemic. 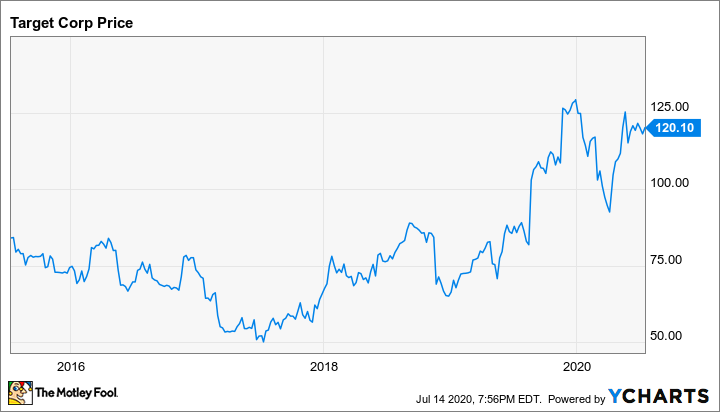 About half of its previous quarter, from February through April, took place during the pandemic. Nonetheless, overall comparable store sales increased by 10.8% year over year. But only 8.3% of that comparable sales growth during the quarter came from in-store sales. The remaining 91.7% of the growth came from the company's digital segment.

Moreover, this Dividend Aristocrat has hiked the payout every year since 1972. The company recently hiked its annual payout to $2.72 per share. This amounts to a yield of approximately 2.25%. Given the payout ratio of around 54.4%, the dividend appears safe.

However, investors have taken notice of Target stock lately as the forward P/E ratio has risen to around 25.2. Though its multiple has almost caught up with that of Walmart, Target still offers a higher dividend payout.

That does not mean that Target stock is immune from challenges. Analysts still expect net income to fall by 22.7% this year. Nonetheless, assuming it can meet the forecast of 37.4% earnings growth in the next fiscal year, Target's stock and dividend appear poised for growth as the company moves past the pandemic.