Shares of silver miner Silvercorp Metals (NYSEMKT: SVMLF) jumped roughly 10% in the morning on July 17. The news driving that price advance, however, was released after the market closed on July 16, when the precious metals company announced the date of its upcoming earnings report (Aug. 6). That said, it wasn't the date that got investors into an upbeat mood, it was the first-quarter production numbers that came with it. 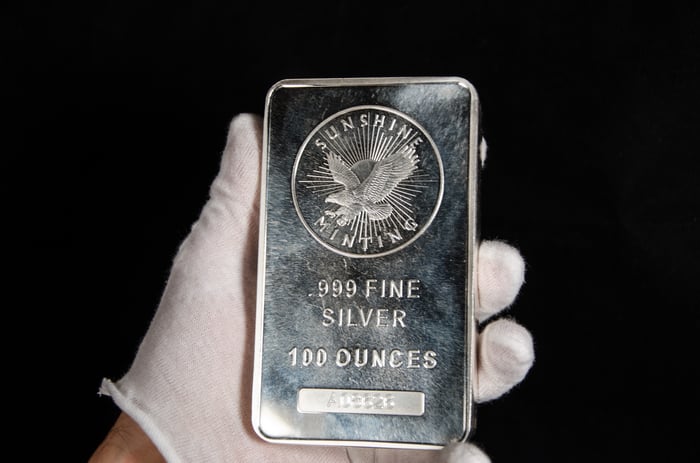 On that note, the news release also pointed out that the miner's silver production was up 10% year over year in the quarter. That suggests that earnings will be fairly good reading when they are finally released. In addition, management also highlighted that it was finding slightly higher grades of silver at both its Ying Ming District asset and the GC Mine, with notably higher silver recovery rates at the latter. All in, these were good numbers and investors were rightly pleased.

Silver and gold are volatile commodities prone to swift and dramatic price moves. That can have a material impact on the stocks of miners like Silvercorp Metals. With silver in an uptrend of late, a positive production update is having exactly the impact you would expect on the company's shares. That said, more conservative investors looking to add some diversification to their portfolios via precious metals (specifically silver) will probably want to check out larger, more established miners or a streaming company like Wheaton Precious Metals, which has notable exposure to silver. The stock price jump here is interesting, but in and of itself it's not a good reason to buy the stock. Indeed, Silvercorp is a relatively small miner ($1.1 billion market cap) and probably shouldn't be considered by anyone who isn't willing to carefully track their portfolios.