A solid investment portfolio has a diverse mix of leading companies, some of which offer stability, while others present greater opportunities for growth. Costco is a rock, a strong candidate for continued market gains, while Beyond Meat is a new and exciting growth prospect. But there's more to both of these stories. Let's take a look and see which one is the better buy.

How do the numbers compare?

There's no question that both companies are dominant players in their respective industries and have lots of growth ahead. Recent numbers tell one part of this story.

Clearly, Beyond Meat is winning in this chart. Keep in mind, though, that Costco's pulling in that kind of growth with $149 billion in annual sales last year, versus Beyond Meat's $298 million. 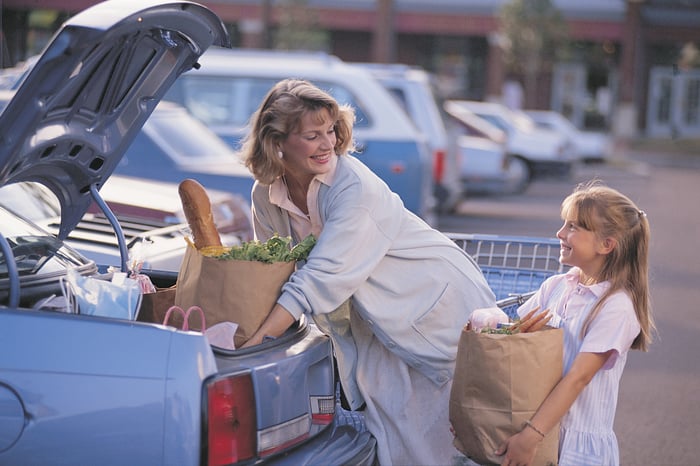 Costco has done well during the pandemic despite several of its ancillary business segments being closed, such as optical and travel. This has continued into June, with an 11.5% comp sales increase, including 86% digital growth.

Beyond Meat reported a sequential slowdown in growth in its most recent earnings release, which included the beginning of the lockdown -- but that's relative, since sales growth was still in the triple digits.

What kind of growth is ahead?

Believe it or not, Costco still has ample room for expansion. As of May 10, there were 55.8 million household members and 101.8 million cardholders globally, both up from the previous quarter. And even if that sounds like a high level of saturation, members have been upgrading to executive memberships at an impressive rate.

Plus, Costco is still opening stores in the U.S., where it currently has 548 warehouses. Meanwhile, the international market is wide open, as Costco currently has just 240 stores outside of the U.S. Costco is also seeing high digital growth, with comparable e-commerce sales up 65% in its recent third fiscal quarter.

Beyond Meat, on the other hand, continues to see extraordinary growth both in terms of sales and partnerships to increase sales. The company has established strong relationships with Walmart, Target, Starbucks, and many other retailers (incidentally including Costco) and restaurants to market its products. 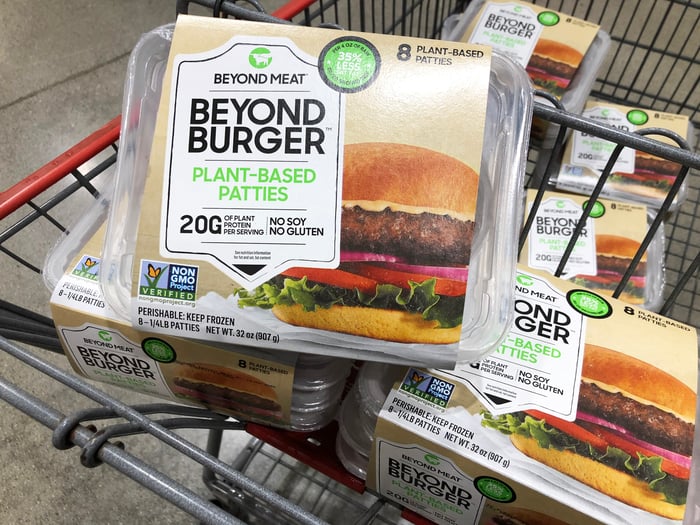 The plant-based foods market as a whole is expanding rapidly, with 11.4% growth last year, versus 2.2% growth in the U.S. general food market. That made it a $5 billion industry in 2019, according to the Plant Based Food Association. Plant-based meat sales increased 18.4% versus traditional meat's 2.7% growth. However, Beyond Meat is not necessarily getting all of those sales, as it faces many competitors, such as Impossible Foods.

Which one will earn you more money?

This is where it gets trickier. As great a company as Beyond Meat is, with high sales growth and strong long-term earnings potential, shares are already highly valued. The stock ran up to $235 in 2019, retreated to just above $75 by the end of the year, and has rallied 70% year to date. While Beyond Meat stock sits well below its all-time high, it's priced so high that it may take several years for earnings to catch up, which means investors aren't getting a great value at this price.

Investors who have high risk tolerance still might want to buy shares of Beyond Meat. It's an excellent growth prospect, but there's uncertainty built in with respect to its business model -- which is susceptible to competition -- and its valuation. I would wait until the price comes down a bit more or the company has proven that it can continue to grow earnings.

Costco's share price, on the other hand, has risen 11% year to date and increased 114% over the past three years. It's still able to generate high sales growth and has a leading edge over competitors with its membership program, loyalty, opportunity for store growth, and high sales. That makes Costco, in my opinion, the better buy today.

Is This Costco's Biggest Competitive Advantage?
395%