Here's who could be included -- and why that's a problem.

The Coronavirus Aid, Relief, and Economic Security (CARES) Act provided much-needed assistance to millions of American families who were struggling financially due to the lockdown necessitated by COVID-19. While the first coronavirus payments under the CARES Act weren't really enough to offer long-term financial relief, the money at least made it possible for most people to shore up emergency funds or cover some essential bills.

Unfortunately, millions of people were left out when the first payment was provided. There's some good news, though -- the HEROES Act would help as many as 30 million of them the second time around. There's just one problem: The very fact so many more people are included could scuttle the passage of the stimulus bill entirely, making it less likely that anyone gets round two of payments. 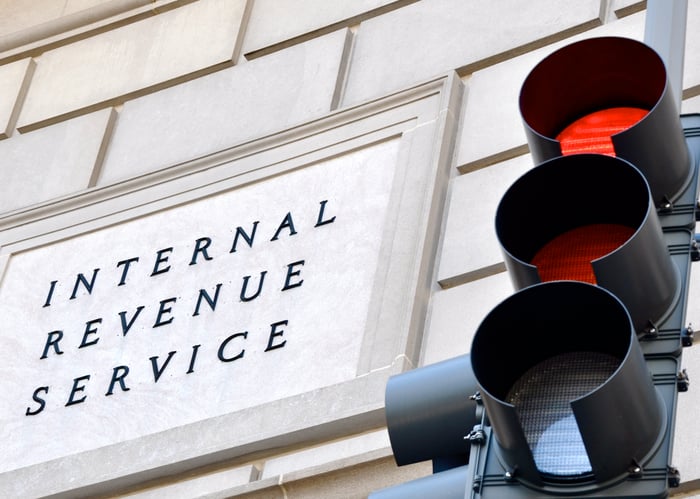 30 million more people could get the second stimulus payment

The CARES Act stimulus checks carried a price tag of more than $267 billion, with the money distributed among 159 million American households.

But they provided no help to dependents age 17 and over who weren't entitled to their own stimulus payment, nor to the $500 taxpayers received for claiming dependents 16 and under. They were also limited only to people with Social Security numbers and U.S. citizens or green-card holders who file a joint tax return with someone who uses an Individual Taxpayer ID Number (ITIN) were excluded, as were their citizen children.

A report from the Center on Poverty and Social Policy at Columbia University revealed that as many as 30 million people were left out of the first payment due to these two exclusions. This includes 15 million dependents age 17 and up as well as 15 million members of immigrant families.

The HEROES Act changes the rules to make sure these individuals are included in the second round of stimulus money. It also provided payments of $1,200 per dependent rather than $500. And it ensured those who were excluded retroactively get the money they missed out on in the CARES Act.

Unfortunately, because the HEROES Act includes 30 million more people in the second check and retroactively provides a first benefit to them, the chances of passage are much lower for two key reasons.

First and foremost, including ITIN holders could mean money goes to undocumented immigrants. This would be unacceptable to many on the right, as President Trump has taken a tough stance on immigration.

Second, and perhaps equally important, the cost of both expanding the payments to more people and making payments retroactively available is astronomical.

With 30 million more Americans included in the second payment and dependents worth more than double what they got under the CARES Act, the price tag of the second stimulus check authorized by the HEROES Act comes to around $413 billion according to the Joint Committee on Taxation.

On top of that, there's the retroactive changes to the CARES Act to consider. ITIN filers alone would get an additional $7 billion in financial aid because of it, and taxpayers would get billions more for dependents. With all the changes, the Joint Committee on Taxation estimates an additional $22.7 billion in costs just to give people CARES Act money they initially missed out on.

With the Republicans aiming to keep the total price of the next coronavirus relief bill at $1 trillion or less, it's going to be a hard sell to convince them to authorize more than $435 billion in stimulus funds alone -- especially when billions of dollars of that money might go to the undocumented.

Does this mean you can kiss your chance of a second stimulus check goodbye?

Although the HEROES Act already passed the House of Representatives, it's unlikely it will pass the Senate as written.

Still, there's strong reason to believe lawmakers will pass another coronavirus stimulus bill that authorizes some type of direct payment to Americans. However, a lot will depend on whether the Democrats insist on including all 30 million extra people -- especially ITIN holders -- or whether they're willing to compromise and sign onto a second stimulus check that contains the same exclusions as the first or perhaps that's even more narrowly targeted.

While you should watch negotiations in Washington carefully and let your representatives know which stimulus bills (if any) you support, you should also plan as if you won't get any more stimulus money.

If you have spare cash right now, save it or invest it to make sure you're well prepared for a recession. If you are struggling, looking into unemployment benefits or other state or federal aid could be important, as could exploring options for borrowing money affordably to see you through the difficult times ahead.