The iPhone maker is taking a holistic approach to attacking climate change.

Apple (AAPL 0.33%) announced on Tuesday plans to make its entire business carbon neutral within the coming decade. Although the company's global corporate operations already meet this standard, it's extending the goal across its manufacturing supply chain and its products' life cycle. In short, Apple is working to ensure that every device its sells will have no negative impact on the climate by 2030.

The announcement came with the release of Apple's 2020 Environmental Progress Report, which detailed the company's plans to reduce its carbon emissions by 75% from current levels over the next 10 years. 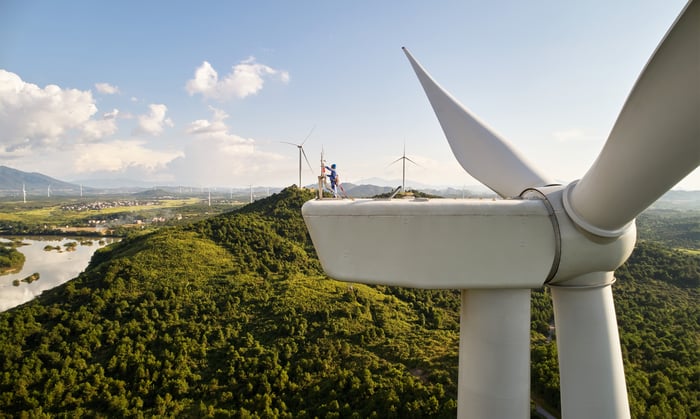 Apple has developed a far-reaching strategy to achieve its ambitious goals to eliminate its contributions to climate change, and help others fight the threat.

It's working on a number of "nature-based solutions" to remove carbon from the atmosphere. Apple has established a fund to protect forests, restore forestation, and improve forest management. The company is also working with groups like The Conservation Fund, the World Wildlife Fund, and Conservation International to restore degraded savannas in Kenya and mangroves in Columbia.

Apple is also focusing on renewable energy projects to reduce its carbon footprint. The company will invest $100 million in energy efficiency projects with its suppliers, expanding the work beyond its own processes. Last year, Apple invested in a number of upgrades to boost its own energy efficiency, reducing electricity usage by nearly 20% and saving roughly $27 million in the process.

The company will concentrate heavily on the area of product design to achieve its lofty environmental goals. Apple plans to increase the use of recycled materials in its manufacturing processes, as well as using more low-carbon materials. The company is working with suppliers to develop a carbon-free aluminum smelting process.