The ship will feature the world’s first seaborne roller coaster, among other attractions.

After announcing back in mid-June that it intends to sell off at least six of its ships to help cut costs, Carnival Corporation (CCL -7.16%) (CUK -7.53%) struck a more positive note yesterday when it reported significant headway in construction of its new cruise ship, Mardi Gras. The massive vessel, accommodating 5,282 guests, is currently under construction at a shipyard in Finland and is slated for launch in February 2021.

Named for Carnival's first cruise ship, launched in 1972 and eventually decommissioned and scrapped in 2003, Mardi Gras features multiple themed "zones," giving it some resemblance to a maritime amusement park. In addition to guest rooms and dining, the vessel includes a small waterpark, a sports court, an adults-only retreat with a pool, and various spas and lounges. 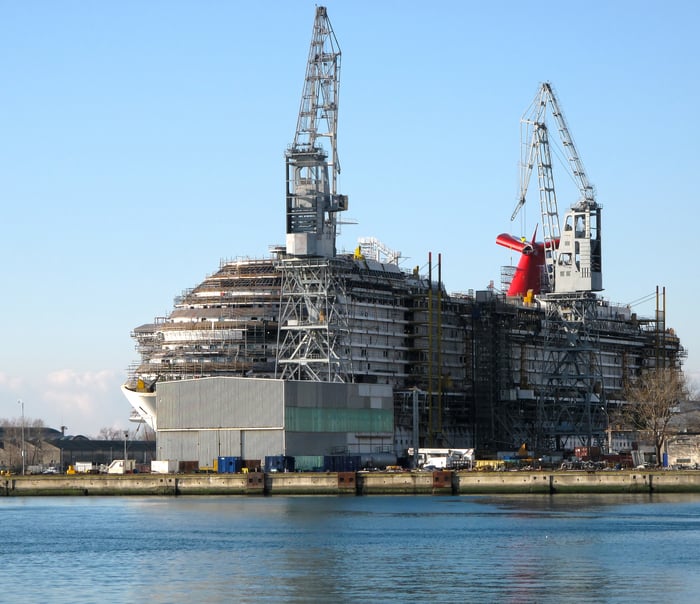 According to yesterday's press release, Finnish shipbuilders are hard at work on Mardi Gras' most notable attraction. The shipyard personnel "installed nearly 800 feet of suspended track for BOLT, the first rollercoaster at sea, that will encircle upper decks and offer guests an exhilarating ride with dips and drops with breathtaking ocean views 187 feet above the water line." The ship's 2,600 staterooms are receiving finishing touches and work is also under way on the restaurants.

Mardi Gras was originally scheduled to begin sailing in August 2020, but the date was pushed back several times. As Vice President of New Builds Ben Clement explained, "this change in the delivery date is required to make sure all of the ship's systems, features and technology will be fully operational, so that we can give our guests the vacation they expect." According to the latest press release, the ship will be ready on schedule for its Feb. 6, 2021 Port Canaveral debut.