Six vessels will be sold off first, with more to follow.

Still battling the economic riptides and shoals of the COVID-19 pandemic, Carnival (CCL -23.25%) is currently in the process of selling six of its cruise ships and intends to divest itself of more, according to an update today. The troubled cruise line is attempting to cut costs as sailing dates get postponed and bookings fail to rebound quickly to pre-coronavirus levels.

Maintaining cruise ships in operation is a costly matter, with expenses running at around $1 billion per month when the whole fleet is operational versus $250 million monthly when docked and shut down. Currently, about 60% of Carnival's fleet is paused, with the remainder still on the ocean, though the situation is somewhat improved from mid-May when 100,000 cruise line employees were trapped at sea. 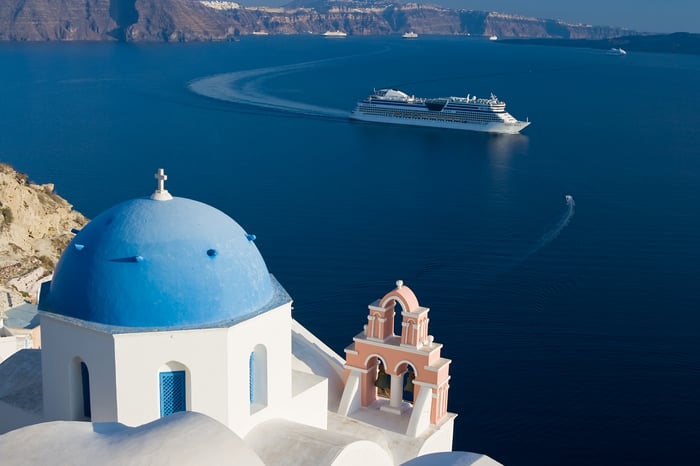 With many of its ships operational but earning no money, Carnival said today it decided to accelerate the sale of a half-dozen vessels it had intended to sell in any case. It claims it already has a buyer lined up, stating, "The company already has preliminary agreements for the disposal of 6 ships which are expected to leave the fleet in the next 90 days and is currently working toward additional agreements."

How much profit Carnival can expect to reap from this sale is conjectural, since the vessels aren't new. A modern cruise ship can cost anywhere from $500 million to $1 billion new. The company also says its next four ships on order, originally slated for autumn delivery, will likely be delayed due to the coronavirus fallout.

Carnival also said it "expects future capacity to be moderated by the phased reentry of its ships" and "the removal of capacity from its fleet."