After seeing its comparable-store sales jump by 9.7% and its net income rise by 3.9% in its fiscal Q1, retail titan Walmart (NYSE:WMT) announced on Tuesday that it plans to distribute another $428 million in bonuses to its employees. According to the press release, the extra pay, coming on top of previous bonuses to frontline workers during the COVID-19 pandemic's earlier stages, will boost its total 2020 extraordinary cash incentives to $1.1 billion.

The latest round of coronavirus bonuses, the third, will be paid on Aug. 20, with part-time, temporary, or hourly employees receiving $150 each, and each full-time worker getting a $300 payment. To qualify, workers need to be employed by Walmart on July 31. Managers and drivers will also receive some cash. 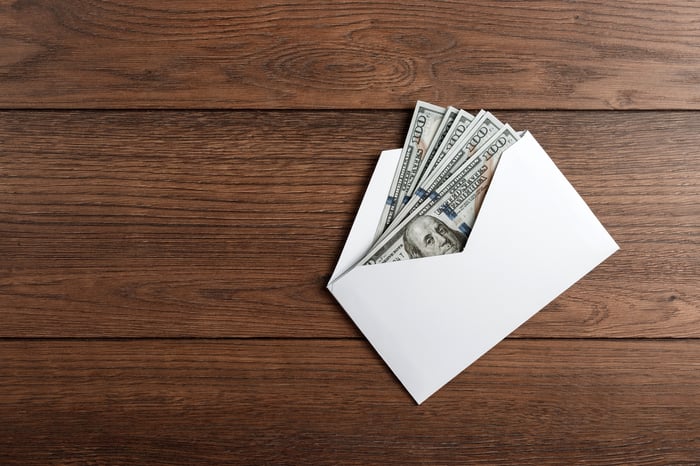 Walmart U.S. CEO John Furner said the company's associates "have been working at an incredible pace, they've solved problems, and they've set an amazing example for others." He added, "To further appreciate their incredible work, we are pleased to share another special cash bonus this summer."

Walmart's decision to continue paying bonuses as a possible second wave of coronavirus emerges contrasts with the bonus decisions of other major retailers. Some, such as grocery chain Kroger (NYSE:KR), ended their bonuses with the arrival of warmer weather in June, in some cases prompting pushback from unions and workers who wanted hazard pay and incentives to continue.

With the latest round of bonuses, Walmart will have paid out approximately $300 million more than even Amazon (NASDAQ:AMZN), which paid roughly $800 million in hazard pay during the first half of the year.