Several months after major supermarket and drugstore company Kroger (NYSE:KR) clashed with unions over the end of its "hero pay" and periodic hazard bonuses, the company has reached a deal with 20 local member unions of the United Food and Commercial Workers (UFCW). Though not yet finalized, the agreement provides an improved pension plan for approximately 33,000 Kroger employees.

The freshly minted arrangement involves Kroger exiting the current UFCW International Union-Industry Pension Fund, paying a liability of $962 million. Workers will now use a variable-annuity pension plan instead. Benefits will vary yearly according to a formula based on the relationship between a 5.5% hurdle rate of return and actual net investment returns. 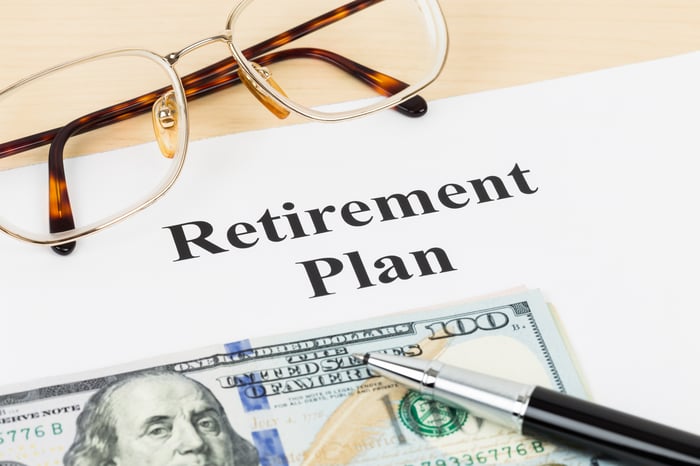 The plan, if finalized, lasts until 2028 when the unions can opt to renegotiate its terms. This gives Kroger and investors an 8-year period of pension plan stability, as Chief Financial Officer Gary Millerchip pointed out, stating the change will "support our commitment to deliver sustainable and attractive total shareholder returns by addressing future pension cost increases and minimizing Kroger's future exposure to market risk associated with the current pension plan."

The change and its associated liability will cause a $0.96 per diluted earnings per share (EPS) change on a generally accepted accounting principles (GAAP) basis in whatever quarter the agreement is ratified in (most likely the third quarter of 2020) but will not affect adjusted EPS.