Shares of HCA Healthcare (NYSE:HCA) were jumping 11.3% as of 11:25 a.m. EDT on Wednesday. The big gain came after the hospital operator announced its second-quarter results before the market opened.

On the surface, HCA's Q2 revenue performance might not have looked like anything to get excited about. The company's sales fell 12% year over year to a little under $11.1 billion. But this result was much higher than the average analyst Q2 revenue estimate of $9.91 billion. 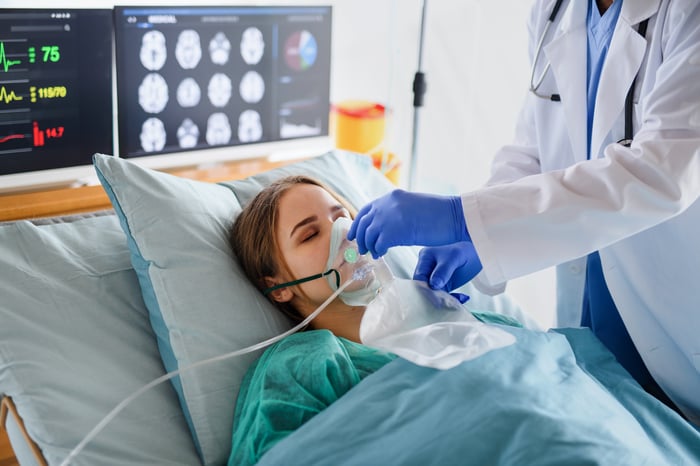 More importantly, HCA blew away earnings expectations. The hospital operator reported earnings of $1.08 billion, or $3.16 per diluted share. This reflected a solid improvement from earnings of $783 million, or $2.25 per diluted share, posted in the prior-year period. It was also a lot better than the consensus Wall Street estimate of a net loss of $0.51 per share.

It's understandable that HCA's Q2 results served as a strong catalyst for the healthcare stock. But it's important to note that the company had some help from Uncle Sam to generate those better-than-expected numbers. The company received $822 million in federal stimulus money during the second quarter. After taxes, that added $590 million, or $1.73 per share, to HCA's bottom line.

What happens for HCA Healthcare during the rest of 2020 and into 2021 depends largely on the pandemic. HCA said that "patient volumes gradually improved in May and June as states began to reopen and allow for non-emergent procedures." But with coronavirus cases rapidly rising in many parts of the U.S., this improvement could only be temporary.