Earnings beat analyst estimates as the financial company is dealing with pandemic fallout.

As the economy continues to suffer travel and leisure-related losses, one of the losers is American Express (AXP -1.94%), whose sales typically include a large chunk from this category. But the company, which relies heavily on credit-card spending, saw losses in several areas.

Revenue of $7.7 billion decreased 29% year over year. Net income was $257 million and earnings per share were $0.29, down from $2.07 last year but still above estimates. Provisions for losses were $1.6 billion, with a $628 million reserve build. Consolidated expenses decreased 29% as there was less consumer activity and the company had fewer engagements with customers. Spending volume was at its lowest levels in April before increasing in May and then again in June. 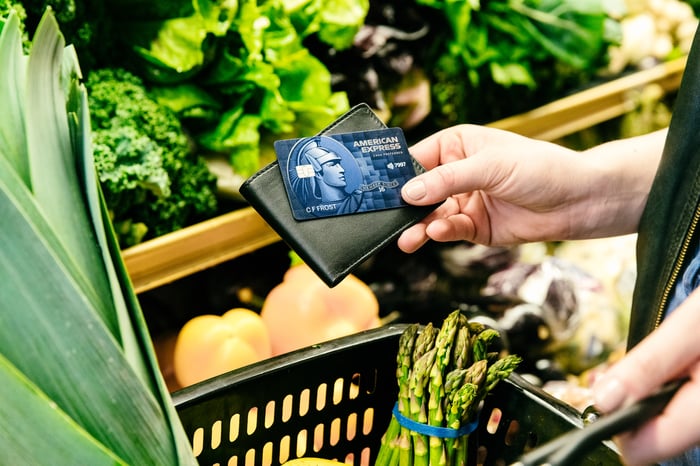 To strengthen its platform as business got tough, American Express upgraded its rewards program and launched special deals for cardholders. It also focused on digital solutions for business customers, such as the recently introduced American Express One AP, a proprietary accounts payable automation option, and enhanced contactless payments for merchant service accounts.

How each category performed

CEO Stephen Squeri said, "Looking ahead, we will continue to focus on what we can control -- backing our customers, colleagues and communities, while managing our expenses prudently, and making strategic investments to drive our growth over the long term."