Please ensure Javascript is enabled for purposes of website accessibility
Log In Help Join The Motley Fool
Free Article Join Over 1 Million Premium Members And Get More In-Depth Stock Guidance and Research
By Rich Duprey – Jul 24, 2020 at 9:54AM

There will be new titles available, as well as familiar favorites.

Video game play during the coronavirus pandemic is already at a fever pitch, and Microsoft (MSFT -1.27%) looks like it wants to raise temperatures even further. It just unveiled a raft of new game titles that will be available for its next-gen Xbox Series X console scheduled to be released later this year.

There were 20 new games in all, and the showcase follows Sony's (SONY -1.37%) release several weeks ago of over two dozen titles for its upcoming PlayStation 5 system. 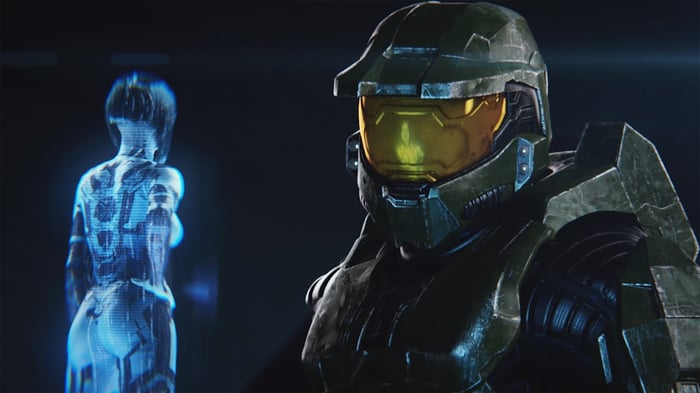 Amping up the anticipation

While hardware sales fell 17% in anticipation of the new consoles coming out, dollar sales of game titles jumped 49% to $570 million compared to last year, and is the highest total for the month since the $598 million achieved in 2010.

That bodes well for Microsoft, which is leading its new video game lineup with the latest installment in its Halo franchise, Halo Infinite. It will be available on the Xbox One, Xbox Series X, and Windows.

Master Chief wasn't the only one getting a sequel, as Microsoft also unveiled the follow-up to Fable, which hasn't been revisited since it appeared on the original Xbox. Other games getting new installments include Psychonauts 2, Outerworlds: Peril on Gorgon, Stalker 2, and Warhammer 40K: Darktide, among others. There were also a number of new games appearing.

All of the new titles will be available on Xbox Game Pass, Microsoft's video game subscription service.