The ruling means Moderna may have to pay royalties on its mRNA-based vaccines -- including its coronavirus candidate.

Arbutus Biopharma ( ABUS -3.71% ) has for some years owned the rights to a technology that can be used to deliver messenger RNA to a patient's cells. Back in January 2019, Moderna ( MRNA 1.74% ), whose entire drug platform is based upon messenger RNA, filed a petition with the U.S. Patent Office to have the small biotech firm's drug-delivery patent declared invalid. Instead, on Thursday, the agency's Patent Trial and Appeal Board ruled in favor of Arbutus.

The ruling is important as Moderna's COVID-19 vaccine candidate uses technology that's covered by this patent. The experimental vaccines that the company is developing use mRNA to issue instructions to the body's cells to start manufacturing proteins that will trigger an immune system response. But a major issue with this method is the matter of treatment delivery -- how to get these instructions into the body's cells. Several years ago, Moderna licensed its delivery technology -- the use of lipid nanoparticles -- from a small Canadian company called Acuitas. That company, it turns out, had licensed its technology from Arbutus Biopharma -- and it did not have rights to sublicense it. 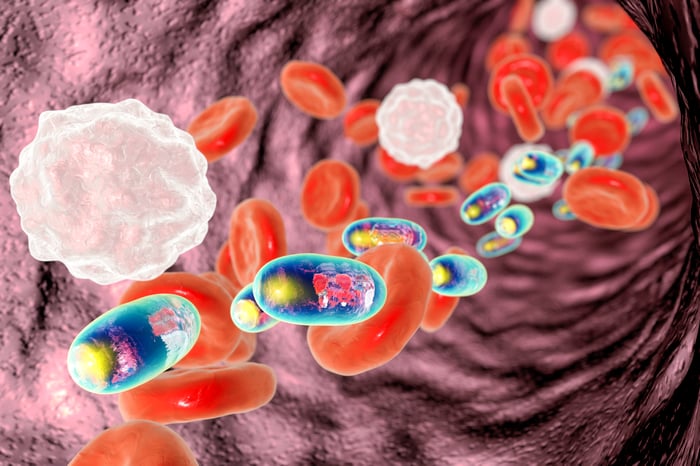 With the upholding of the Arbutus patent, it appears that Moderna might have to pay the smaller company some royalties. While Arbutus has yet to sue for those royalties, Moderna's attempt to invalidate the patent was an implicit admission that it was aware that the patent might cover its delivery system. In 2017, then-CEO of Arbutus Mark Murray said, "We have seen no evidence of a Moderna delivery system that is free of our intellectual property. Not in their publications, their presentations, or in the examples in their patent filings. In our view what they are reporting as theirs appears to be dominated by our intellectual property."

After the ruling, Arbutus' stock shot dramatically higher -- as of 12:50 p.m. on Friday, it was up by about 102% from its Wednesday closing price. Meanwhile, Moderna's stock has dropped by 10%, shaving a few billion off its market cap.