Please ensure Javascript is enabled for purposes of website accessibility
Log In Help Join The Motley Fool
Free Article Join Over 1 Million Premium Members And Get More In-Depth Stock Guidance and Research
By Zhiyuan Sun – Jul 26, 2020 at 7:20AM

Here are his simple secrets of success that can help you build a winning portfolio too.

Warren Buffett once said, "The most important quality for an investor is temperament, not intellect. You need a temperament that neither derives great pleasure from being with the crowd or against the crowd." Indeed, one of the greatest investors you've never even heard of is an eye doctor who achieved his billionaire status through decades of temperament in navigating the stock market's fluctuations -- and this doctor-turned-investor is pals with the Oracle of Omaha himself.

With a net worth of $3 billion as estimated by Forbes, Herbert Wertheim is also a philanthropist whose main cause is public education and a signee of the Giving Pledge with plans to donate at least half of his net worth.

Most surprising of all is how Wertheim built the vast majority of his wealth: Using his keen ability to navigate the stock market and let his initial investments compound over many decades. How was an optometrist and small business owner able to achieve such impressive riches? Let's find out. 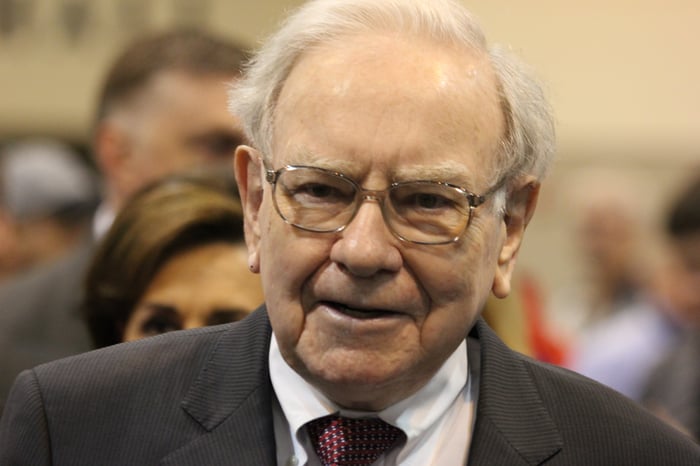 Born in Philadelphia in the late 1930s, Herbert Wertheim, now 81, enlisted in the U.S. Navy at 17 after facing truancy charges, according to Forbes. During his service, Wertheim excelled in physics and chemistry and started investing in stocks, particularly in the aerospace sector. Eventually, he worked for NASA, where he developed a knack for understanding optical instruments.

A venture in optometry

In 1963, Wertheim received a scholarship to the Southern College of Optometry in Memphis, Tennessee, and ultimately began his career as an optometrist but continued his innovative tinkering on the side. In 1969, he invented an eyeglass tint for filtering UV rays from the sunlight, effectively preventing cataracts. In 1970, Wertheim founded Brain Power Inc. to devote his time to researching and developing new technologies for eyewear.

The next year, he developed one of the world's first neutralizers to restore lenses to their original clear state, a time and money-saving maneuver for optometrists. With this, Brain Power's sales began to gain traction.

While Brain Power has grown to nearly 50 employees and holds over 100 patents and copyrights in optometry, Wertheim's business never achieved the type of hyperbolic growth the stocks in his investment portfolio experienced. Indeed, 50 years after its founding, Brain Power brings in about $10 million each year in net profits on top of $25 million in revenue, hardly enough to elevate Wertheim to billionaire status, according to Forbes.

Instead, Wertheim's secret to success was to invest his company's net profits into stocks and never sell them. Some of his notable investments include Apple (AAPL 2.93%) and Microsoft (MSFT 2.96%) during their IPOs in the mid-1980s and shares of airplane parts maker Heico (HEI 2.67%) he bought in the early 90s. A modest investment of $20,000 in each of these three stocks would have grown to $17.4 million, $43.9 million, and $3.2 million, respectively -- nearly $65 million. That's an insane amount of growth in 40 years for an initial investment of $60,000. But for Wertheim, who invested $5 million in Heico alone, his holdings in the company were worth more than $800 million in 2019.

What's more, Wertheim constantly adds to his positions from his business cash flow, regardless of market conditions. After all, if a company's intellectual property can create lasting value for consumers, it should not matter if the stock price declines due to temporary business hiccups.

"If you like something at $13 a share, you should like it at $12, $11, or $10 a share," Wertheim told Forbes. "If a stock continues to go down, and you believe in it and did your research, then you buy more." This is similar to Warren Buffett's approach of buying more when the market is selling off, in the pursuit of obtaining stakes in solid businesses at bargain prices. As for Wertheim's investment strategy, he eschews fees, looks for strong management, prefers dividends, and invests primarily in what he understands -- intellectual property like patents and more technical products and sectors. Leveraging his own expertise has led him to invest in IBM, 3M, and Intel.

Like his friend Buffett, Wertheim is also a strong advocate for buying the dip, a strategy in which investors double-down on a falling stock by buying more shares. Despite skepticism, Wertheim's track record and net worth are more than enough proof that this method not only works but can create billionaires.

Wertheim's ultimate goal in investing isn't about just accumulating wealth. "I wanted to be able to have free time," he said in an interview with Forbes. "To me, having time is the most precious thing."

Many investors would perform spectacularly by heeding Wertheim's advice of buying on the dip, holding great stocks through tough times, investing in what you understand, and slowly adding spare change into your portfolio -- for the ultimate goal of financial freedom.