Please ensure Javascript is enabled for purposes of website accessibility
Log In Help Join The Motley Fool
Free Article Join Over 1 Million Premium Members And Get More In-Depth Stock Guidance and Research
By Leo Sun – Jul 26, 2020 at 11:30AM

Microsoft's revenue rose 13% annually to $38 billion, beating expectations by $1.5 billion. Its adjusted earnings grew 7% to $1.46 per share, also clearing estimates by nine cents. However, three issues likely sparked some profit-taking after the stock's near-50% rally over the past 12 months.

First, its 6% year-over-year revenue growth in its productivity and business processes segment slightly missed expectations for 8% growth. Second, its first-quarter guidance for the segment, at 5% to 7% annual sales growth, also missed the consensus forecast for 9% growth. Finally, Azure's revenue rose 50% annually in constant currency terms, but that marked a significant slowdown from previous quarters. 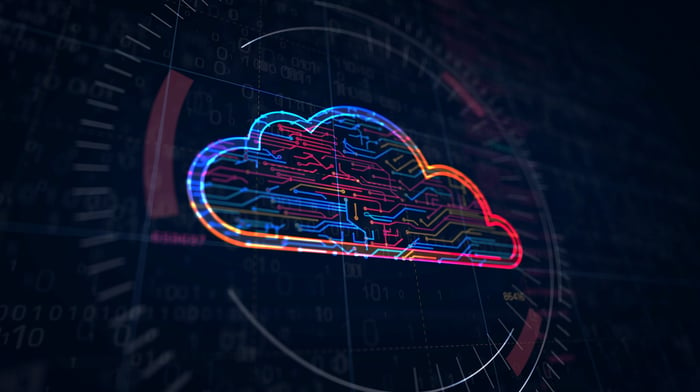 Out of those three issues, Azure's slowing growth likely sparked the most concern. After all, Microsoft has repeatedly touted the growth of Azure, the world's second-largest cloud infrastructure platform after Amazon (AMZN -0.77%) Web Services (AWS), as the core growth engine of its commercial cloud business, which also includes Office 365 and Dynamics. Let's take a closer look at Azure's performance and see if investors should be concerned.

How fast is Azure growing?

Azure's growth accelerated briefly in the second quarter of 2020, but decelerated again over the past two quarters:

Azure is still growing faster than AWS, which grew its revenue 33% annually in Amazon's first quarter, but a market leader usually grows at a slower clip than its smaller challengers. Unlike Amazon, which discloses AWS' revenue and operating profit every quarter, Microsoft only reports Azure's year-over-year revenue growth rates without exact revenue or profit figures.

Nomura analyst Christopher Eberle previously estimated Azure generated $13.5 billion in revenue in fiscal 2019. Based on that forecast and its average growth rate of about 60% over the past year, Azure likely generated nearly $21.6 billion in revenue (over 40% of its commercial cloud revenue and 15% of Microsoft's total revenue) in 2020.

Microsoft is also cagey about Azure's margins and profits. The commercial cloud unit's gross margin rose one percentage point annually to 66% during the fourth quarter, "primarily driven by improvement in Azure." But at the same time, it attributed its 19% increase in operating expenses to "investments in Azure." Therefore, there's no way to know if Azure is profitable, but Microsoft's reluctance to offer clear numbers suggests it's far less profitable than AWS.

Is Azure losing its mojo?

Microsoft secured a lot of big clients for Azure, but it controlled just 17% of the cloud infrastructure market in the first quarter of 2020, according to Canalys. AWS remained in the lead with a 32% share. Azure's market share also dipped sequentially as AWS' share held steady:

Both platforms are still growing, but Azure could struggle to increase its pricing power and margins as long it remains the underdog. Other smaller competitors -- including Alibaba Cloud and Alphabet's Google Cloud -- could exacerbate the pressure.

Microsoft's intelligent cloud business grew its revenue 17% annually to $13.4 billion in the fourth quarter, as its 19% growth in server products and cloud services (including Azure) offset its nearly flat growth in enterprise services revenue. Microsoft expects its intelligent cloud revenue to rise 14% to 19% in the first quarter, which matches expectations for 17% growth.

Should investors worry about Azure?

Microsoft is still growing at an impressive rate for a 45-year-old company, and the tailwinds from Nadella's "mobile first, cloud first" strategy -- which was launched six years ago -- are still generating impressive gains.

I'd certainly prefer for Microsoft to follow Amazon's lead and disclose Azure's revenue and profits. But until then, Azure should still continue growing at a healthy pace, and that there's plenty of room for Azure and AWS to grow without trampling the other.

Investors should keep track of Azure's growth, but they shouldn't panic about its gradual slowdown, since maintaining a 60% to 70% growth rate over the long term would be tough for even the fastest growing businesses.