Please ensure Javascript is enabled for purposes of website accessibility
Log In Help Join The Motley Fool
Free Article Join Over 1 Million Premium Members And Get More In-Depth Stock Guidance and Research
By Rick Munarriz - Jul 27, 2020 at 11:50AM

Passengers and cruise lines can't wait to hit the open waters again, but convincing one important group to go back will be harder than you think.

Cruise lines have a lot of things to worry about these days. Revenue-generating sailings for Carnival (CCL 1.93%) (CUK 1.91%), Norwegian Cruise Line (NCLH 1.48%), and Royal Caribbean (RCL 0.10%) have been suspended for more than four months, and we're at least another two months away from a potential restart. Cancellations keep piling up as the resumption date gets pushed out, and that's going to be a cash-flow headache for the companies trying to stay afloat through the interruption.

The longer that ships aren't sailing will also make it that much harder for the cruise lines to woo back passengers. Cruising industry headlines have been largely negative since the pandemic started, and it's going to take a lot of marketing muscle to reverse the consumer mindset. There's also a recession that will naturally limit the number of people that have the means to take a chance on a luxury cruise. However, before we get the first batch of paying passengers walking up the gangway, the industry will have to figure out how to staff these voyages. Will Carnival, Royal Caribbean, and Norwegian Cruise Line be ready with the crews they need when the industry gets the green light? 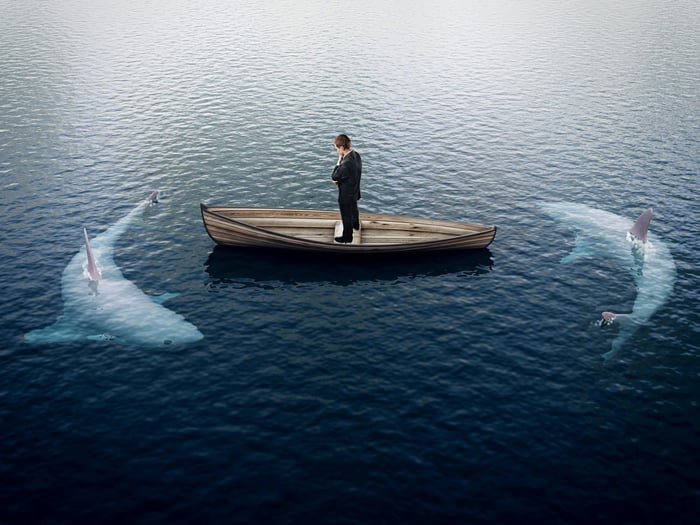 There were more than 100,000 crew members aboard the industry's fleet of ships when the pandemic hit. That these cruising vessels will be fully staffed and ready to go later this year isn't a given. Crews have been through a lot, and if you think wooing potential first-time passengers will be a hard sell in the new normal, just imagine talking seasoned employees back on a ship.

The lion's share of a cruise ship's crew is international. They agree to leave their families for months at a time, tempted by the ability to earn more than they would in their home countries and for the sake of adventure. It's been a bit of a siren song lately. Crew members were stuck on ships -- for months and many without getting paid -- during the lengthy repatriation process. It wasn't until earlier this month when the industry was able to complete the process of sending most of its onboard workforce home.

It wasn't easy. If you thought COVID-19 spreads quickly on a crowded ship in a weeklong sailing, imagine crew members that have had to keep the show going for another four months. Thousands of employees fell ill, and a Miami Herald investigation counts at least 23 fatalities among the crew members.

The dangers of working on a ship are certainly heightened in the new normal, and now it seems that even the adventure component may be under fire. An MSC Cruises list of new protocols that has been circulating online this month includes a ban on shore leave except for emergencies during the first phase of resumed sailings. Being able to get off at exotic ports of call after working long hours on a ship with cramped crew quarters is a perk. It won't be easy to attract and retain staffing if they are confined to the ship itself, especially after everything that they've been through this year.

It's important to note that this is just one independent cruise line with proposed protocols since confirmed by the Miami Herald. There is no universal list of new regulations that all of the players have to abide by right now. Carnival is working on its own protocols. Royal Caribbean and Norwegian Cruise Line are partnering to work on their new rules for passengers and crew.

The cruise line operators won't resume sailings with all of their current ships, and that will help thin out the number of crew members needed across the industry at first. However, it will be a challenge to have fully trained and willing personnel when Carnival, Royal Caribbean, and Norwegian Cruise Line are back in business after these past few brutal months.