The decline was mostly due to smokable products, but the Ste. Michelle wine brand suffered because of lower direct-to-consumer sales as well as restaurant closures.

Altria drew down its full $3 billion revolving credit in March and paid it back in full by the end of June. While it now has that credit available, it ended the quarter with $4.8 billion in cash and has an estimated $3 billion after taxes and dividends. 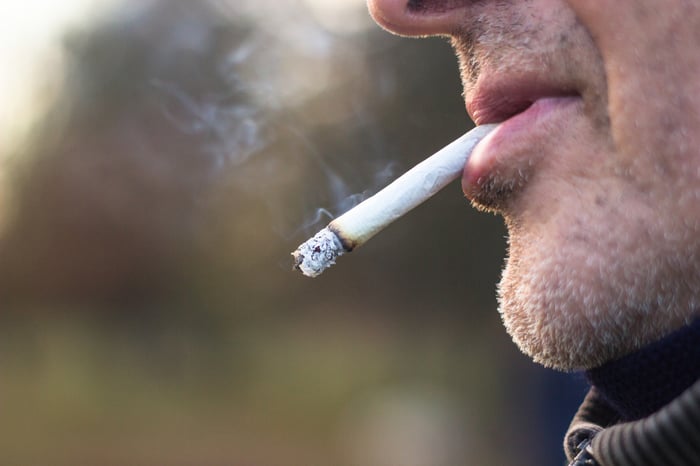 The company is executing on a 10-year plan to move toward noncombustible smoking products and made several strides during the quarter getting products approved by the Federal Drug Administration (FDA). IQOS and HeatSticks, heated tobacco products that are considered smoke-free alternatives to traditional cigarettes, were approved to be marketed as modified-risk products, which means the company can claim they present a lower risk of tobacco-related disease than other tobacco products. Altria has forged important partnerships to increase distribution of these products in several markets.

It also has several on! products under review at the FDA. on! nicotine patches are made in partnership with Swiss company Helix Innovations. Helix expects a 43% increase in the amount of stores that sell its products.

Altria also announced it was raising its dividend from $0.84 to $0.86 per share.