The stock market was fairly subdued today, with major indexes registering modest declines as lawmakers continued debating the details of another coronavirus relief package. Pressure is mounting on lawmakers to reach an agreement because rent is coming due within a matter of days and tens of millions of Americans have lost employment as a result of the COVID-19 pandemic, in addition to over 150,000 deaths related to the virus. 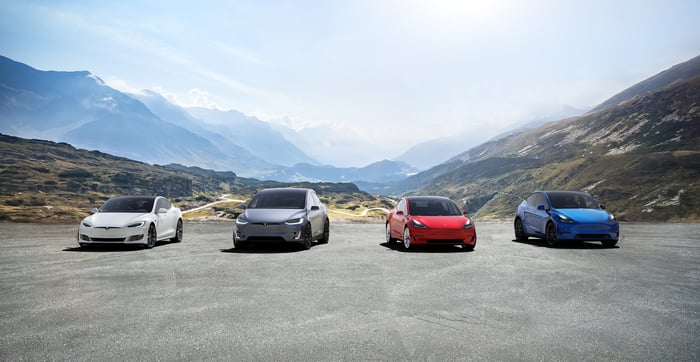 Tesla gets downgraded on valuation concerns

Tesla (TSLA 4.89%) stock fell 4% after getting a downgrade from Wall Street. Bernstein cut its rating on the electric-car maker over concerns about the company's valuation following a massive rally this year of more than 250%. Analyst Toni Sacconaghi dropped his rating on shares from market perform to underperform and assigned a price target of $900, which represents nearly 40% downside from today's close.

"Let us be clear: this is a valuation call," Sacconaghi wrote in a research note to investors. "Despite our relatively bullish stance on electric vehicle evolution, and structural advantages we believe Tesla may hold, we find it difficult to justify Tesla's current valuation even under our most bullish/imaginative scenarios."

The analyst notes that he is not recommending that investors go short Tesla shares, since the company's recent price momentum could potentially make such a bearish strategy "equivalent to us recommending investors to step in front of a barreling freight train." 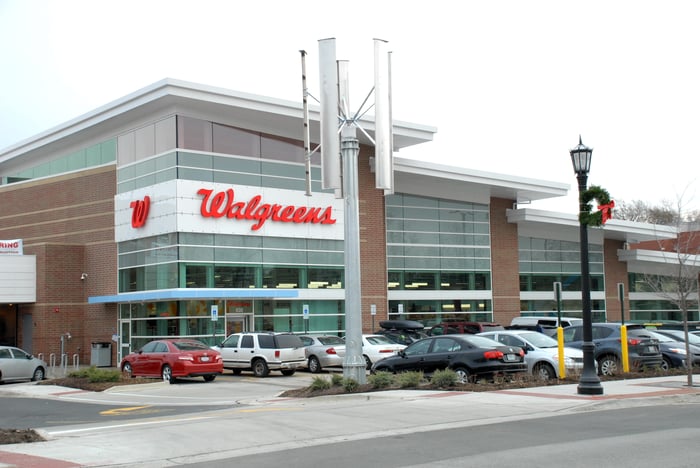 Shares of Walgreens Boots Alliance (WBA 2.69%) gained 2% after the company announced yesterday that CEO Stefano Pessina would be stepping down. Pessina has served as the retail pharmacy chain's chief executive since mid-2015, shortly after Walgreens merged with Alliance Boots in 2014.

Walgreens says it will commence a search for a new CEO and that once a replacement is found, Pessina will vacate the position and become executive chairman. Current Executive Chairman James Skinner will then step down from his role but remain on the board of directors.

"I look forward to continuing to serve the company as executive chairman, and to helping to ensure the success of the new chief executive officer in every way possible," Pessina said in a statement. "I am also very glad that Jim and I will continue to work together on the board, and on behalf of the entire company, we greatly appreciate all his contributions during his time as executive chairman."

Separately, Walgreens said it was expanding same-day curbside pickup at approximately 8,600 stores for added convenience for customers during the COVID-19 pandemic.