Please ensure Javascript is enabled for purposes of website accessibility
Log In Help Join The Motley Fool
Free Article Join Over 1 Million Premium Members And Get More In-Depth Stock Guidance and Research
By Chris Neiger - Jul 29, 2020 at 11:41AM

Shares of FireEye (MNDT -0.13%) were skyrocketing this morning after the company outpaced Wall Street's expectations for the second quarter.

FireEye released its second-quarter results yesterday. The company's revenue climbed 6% year over year to $230 million, outpacing the consensus estimate by analysts who were expecting $214.6 million. Most importantly, FireEye smashed Wall Street's consensus estimate of an adjusted loss per share of $0.02 and instead reported earnings of $0.09 per share. 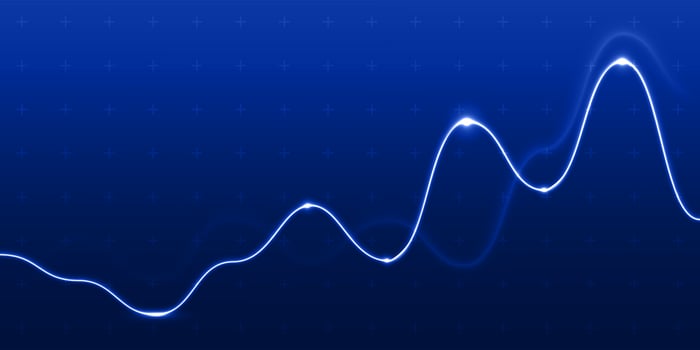 "The steps we have taken to accelerate our transformation to a security-as-a-service company resulted in record second-quarter revenue and our highest ever non-GAAP profitability," FireEye's chief executive officer Kevin Mandia said in a company press release. "Growing adoption of our validation platform, cloud-based security products and intelligence solutions, combined with improved net retention in our appliance-based security controls business, drove annualized recurring revenue to record levels."

FireEye's share price has been anything but stable in 2020. Even after today's impressive gains, the company's stock is still down 4.5% since the beginning of this year.

FireEye's management gave guidance for the third quarter, with revenue expected to be between $225 million and $229 million. Additionally, adjusted earnings per share for the quarter are in the range of $0.06 to $0.08. Management also said that for the full-year 2020, revenue will be $915 million and adjusted earnings will reach $0.24 per share, both at the midpoint.