After a string of analyst upgrades in June, shares of cannabis producer Aurora Cannabis (NASDAQ:ACB) have been receiving a lot of attention. Many investors are excited about the average expectation of a 67% upside for the stock in the next year, based on today's price. Reflecting this enthusiasm, Aurora Cannabis is now the 11th most popular stock on Robinhood, with 442,596 investors holding its shares.

In times like this, however, investing guru Warren Buffett's quotes are usually spot on:

I believe Aurora Cannabis' woes are far from over. Let's take a look at why investors should avoid this stock at all costs. 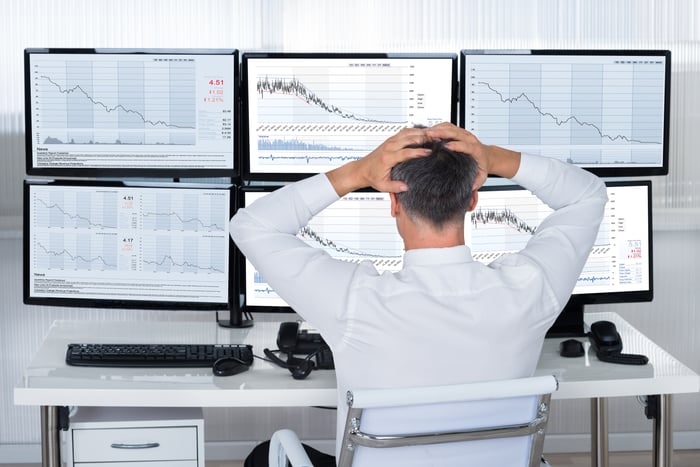 Unfortunately, Aurora Cannabis has a history of overstating and underdelivering. Back in April 2019, the company said it would achieve 625,000 kilograms per year in annual cannabis production by mid-2020. Just six months later, by October, the company had lowered its annual production guidance for 2020 to 500,000 kg/year (which is still enough to roll almost 2 billion joints).

In the quarter ended March 31, Aurora Cannabis had an annualized production rate of only 140,000 kg/year. This June, the company announced multiple closures of its production facilities, putting its chances of achieving that April 2019 production guidance at zero percent.

And if we examine the numbers a little further, Aurora's problems look even worse. Of more than 34,500 kg of cannabis produced in the third quarter of 2020, the company only managed to sell 12,729 kg. A realized annual production rate of 50,916 kg/year means the company achieved less than one-tenth of what it predicted just one year earlier. In other words, management completely miscalculated the demand for cannabis in the Canadian marijuana market, and not by a small margin.

As for the cannabis the company harvested but could not sell, those goods went into its inventory, creating further problems. In Q3 2020, the company's cannabis inventory and biological assets grew by 13% year over year to $244.5 million. Because it could not sell these products, it had to devote a large portion of its capital to large-scale storage facilities to store them.

During this period, the company reported $75.5 million in revenue, but over $43.6 million in cost of goods sold and $80 million in sales, general, and administrative expenses. Even before writedowns and restructuring expenses, the company is losing about $1.64 for every $1 it generates in revenue, which brings up another issue.

Since the company is far from breaking even, it must continue to tap into the capital markets to raise cash and offset its losses. In the span of one year, Aurora's shares outstanding have gone from about 80 million to about 113 million. Meanwhile, the company's financial health has not improved.

Currently, Aurora Cannabis has about $230 million in cash and $12 million in investments, while owing $593 million in convertible loans and borrowings. Seeing as the company is not profitable, I think it's only a matter of time before the next round of equity dilution happens. Although the stock is cheap at 4.5 times price-to-sales, its underlying problems remain unresolved. At the end of the day, cannabis investors can find many solid companies in the same sector for the same value as Aurora Cannabis, without stressing about when the business will turn around.

Wall Street Just Upgraded This Popular Cannabis Stock, but You Should Avoid It @themotleyfool #stocks $ACB Next Article
Current