Please ensure Javascript is enabled for purposes of website accessibility
Log In Help Join The Motley Fool
Free Article Join Over 1 Million Premium Members And Get More In-Depth Stock Guidance and Research
By Brandon Renfro – Jul 30, 2020 at 9:44AM

With a bit of preparation, you can protect your portfolio from these costly issues.

This helped fuel an influx of retail investors and a dramatic spike in trading volume. Charles Schwab and TD Ameritrade both added over 600,000 new accounts in the first quarter of 2020, and E*Trade added 363,000. 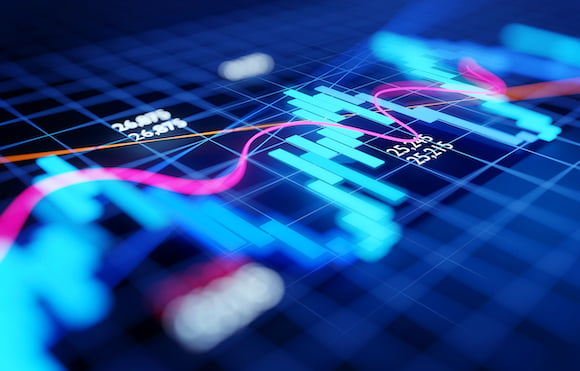 While individual investors certainly have gained from the elimination of trading fees, there are a few things to be mindful of that may not be beneficial to regular long-term investors. With a bit of preparation, you can protect your portfolio from these three costly issues.

1. New investors may not stick around

Free trades have brought in a new wave of retail traders whose new stock purchases have helped support the market. These new traders may be less experienced or simply "playing," since the cost of doing so is seemingly nothing.

There is potential here for a significant market decline if these investors sell their stock and leave the market as quickly as they came in. If that happens, you could see the prices of your own stocks fall too -- particularly if those new investors had owned the same companies you do.

Will they leave? Nobody knows of course, but think about what caused the surge to begin with. Free trades are part of it, but optimism and a rising market account for part of it too.

Bull markets tend to attract investors to equities, and bear markets have an opposing tendency to scare them off. Market optimism could fade if there is further widespread economic fear of a COVID-19-induced shutdown. An initial market decline could cause a downward spiral if the same investors who rushed into the bull market pull their money.

Rather than trying to guess whether that will happen -- analysts widely disagree on what the market will do for the rest of the year -- it's important to recognize market volatility as an inherent risk of investing.

Even serious long-term investors may be tempted to trade more frequently now that commissions are zero, simply because it's one less impediment.

Trading fees have historically been a significant reason to avoid trading too frequently, but just because they are gone for many investments doesn't mean we need to increase trading frequency. Emotions often drive short-term trading -- and reacting to news or price movements that may not mean much in the long run can hurt your investment performance. For example, if you had panic-sold your stocks in March, you would have sealed your losses when the S&P 500 was down nearly 30%. As of this writing, the market is essentially flat for the year. Flat isn't what most investors hope for, but it's far better than being double-digit negative.

Don't lose sight of your long-term goals. Make all your investment decisions with the long term in mind, instead of trying to navigate the short term.

You don't have to let these potential issues get you off course. Simply maintaining a long-term focus will shield you from the potential drawbacks of zero-commission trades. New investors' trading activity will likely only cause short-term fluctuations that will correct over time, you'll be less tempted to trade if you focus on your goals, and you'll give up less in bid-ask spreads.