Even with the effects of the COVID-19 pandemic hurting the overall economy, some stocks still gained ground.

The stock market has been able to recover sharply from the worst of its bear market earlier this year, but it's not invulnerable to the economic consequences of the COVID-19 pandemic. Today's news of 1.4 million new first-time claims for unemployment insurance as well as second-quarter GDP numbers that were 9.5% lower than they were in the first quarter were just the latest signs of the damage that the coronavirus has done. Wall Street finally felt the ill effects, and just before noon EDT, the Dow Jones Industrial Average (^DJI 1.63%) was down 304 points to 26,236. The S&P 500 (^GSPC 2.13%) fell 24 points to 3,235, and the Nasdaq Composite (^IXIC 0.00%) lost 2 points to 10,541.

Hidden among the stock market benchmarks, though, are thousands of individual companies seeing very different things from the current economic situation. United Parcel Service (UPS 2.91%) saw its stock soar in response to its latest quarterly financial report, as the shipping giant tries to ramp up to meet the huge surge in demand from those stuck at home during the pandemic. Elsewhere, Apache (APA 1.65%) has had a hard time with the slump in oil prices, but investors were still pleased with what they saw from the oil and gas exploration and production company.

Shares of United Parcel Service soared 17% after the parcel delivery company reported its second-quarter financial results. Investors had expected solid results during a period in which deliveries have become more essential than ever, but even the most bullish of them were surprised at what they saw from UPS. 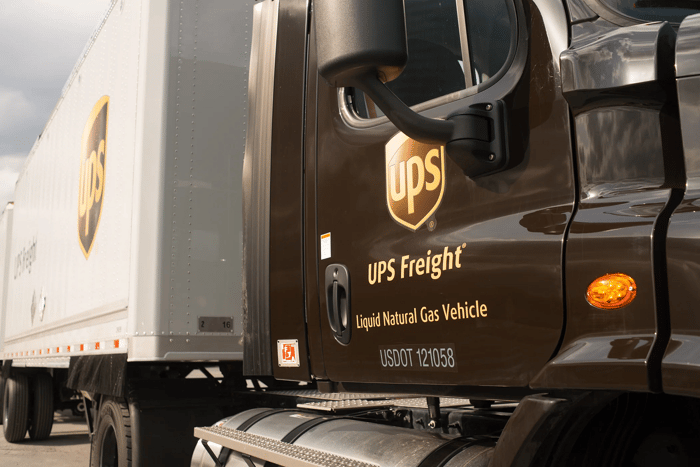 The numbers were encouraging. Revenue climbed 13% from year-ago levels, and adjusted net income came in 9% higher than it was in the second quarter of 2019. Domestically, sales gains were even bigger, rising 17%. Traffic figures were impressive, with 21.1 million packages per day in the U.S. and shipment growth in business-to-consumer deliveries of more than 65%.

CEO Carol Tome explained the story behind the numbers, pointing out that "a surge in residential volume" stemmed from "changes in demand that emerged from the pandemic." That also included healthcare shipments related to fighting COVID-19.

UPS wasn't willing to provide an outlook for the remainder of the year, blaming the unpredictability of the pandemic. Unlike many other companies, though, the high-yielding parcel delivery specialist might actually be able to keep thriving if the coronavirus crisis persists well into the future.

The numbers from Apache's second-quarter financial report were a whole lot uglier than what investors saw from UPS. However, with conditions so terrible in the energy markets, Apache managed to do a lot better than many had feared, and that's why its stock soared 19% Thursday morning.

Nothing about Apache's results looked particularly attractive. Revenue plunged by more than $1 billion to just $596 million for the period. That led to adjusted losses of $281 million, which reflected the poor pricing conditions in the oil and gas markets. Production also came under pressure, with a 1% drop in crude oil and 6% drop in natural gas even using the company's adjusted production figures.

Yet Apache tried to focus on its future. The company intends to emphasize high-return assets over revenue growth, trying to maximize profit. Meanwhile, a combination of cost controls and identifying a diverse portfolio of assets worldwide should help to keep risk levels down.

Apache has considerable debt to work off, but it wants to reward loyal shareholders with returns of capital when possible. That has investors happy with Apache's strategy. Now all it'll take is for energy markets to  cooperate in order for the oil and gas company to post further gains.

These Growth Stocks Are Bargains Because of 1 Unreasonable Fear

The Dow Jones Droned On, But Amazon.com's UAVs Stole the Show Today

Have We Been Watching the Wrong Dow Index?