Please ensure Javascript is enabled for purposes of website accessibility
Log In Help Join The Motley Fool
Free Article Join Over 1 Million Premium Members And Get More In-Depth Stock Guidance and Research
By Leo Sun – Jul 30, 2020 at 9:05AM

The online payroll and HR services provider weathered the first wave of COVID-19 shutdowns. But can it withstand a full-blown recession?

Paycom's (PAYC -1.33%) stock has rallied more than 800% over the past five years as the online payroll and human resource technology provider has dazzled investors with its robust revenue and earnings growth.

Yet its stock hit a 52-week low in early April as the COVID-19 crisis shuttered businesses across the country. However, investors who ignored the noise and bought some shares are now sitting on a gain of more than 70%. Is it too late to buy Paycom after that rally, or does this growth stock still have room to run? 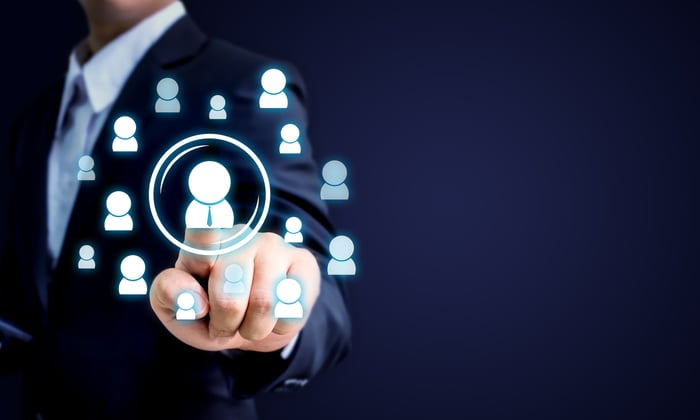 How fast is Paycom growing?

Paycom attributed its growth to high employee usage rates and new products, including its mobile app, its Direct Data Exchange HR analytics software, and its Manager on-the-Go app, which helps managers monitor and supervise employees from their phones.

How did COVID-19 affect Paycom?

Three main factors insulated Paycom from the pandemic. First, more than 98% of Paycom's revenue is recurring -- so its clients might spend less money on its payroll and HR services during the crisis, but they're still locked into contracts that can't be abruptly canceled.

Second, Paycom offset its declining revenue from its existing clients with the "strong addition" of new clients. And last, Paycom's services already allowed companies to manage their employees remotely, which made it easier for them to comply with stay-at-home measures.

Paycom withdrew its guidance for the full year but claimed its booked sales had rebounded to "pre-COVID" levels in April during the conference call. Analysts expect its revenue and earnings to rise 12% and 1%, respectively, this year then accelerate to 19% revenue growth and 27% earnings growth next year.

But does that growth justify its premium valuation?

Paycom offers services similar to those of its larger industry peer Workday (WDAY -2.58%), but the former mainly serves smaller businesses, while the latter pursues larger companies. Paycom and Workday generate comparable revenue and non-GAAP earnings growth, and both stocks trade at about 80 times forward earnings.

However, Paycom is firmly profitable on a GAAP basis, while Workday's GAAP losses are widening. That key difference boosted Paycom's cash and equivalents 36% annually to $181.8 million and enabled the company to consistently repurchase its own stock.

The bulls will claim Paycom's robust revenue growth, stable profits, rising retention rate, and the expansion of the human capital management (HCM) software market -- which Mordor Intelligence estimates will grow at a compound annual growth rate of 6.7% between 2020 and 2025 -- justify its valuation. They'll also note P/E ratios are often unreliable for growing companies riding a strong secular trend, like the ongoing digitization of payroll and HR services.

The bears will argue that Paycom, which went public in 2014, hasn't endured a full-blown market crash and recession yet. Paycom seemingly withstood the first wave of COVID-19 shutdowns, but a second wave of infections and shutdowns, rising unemployment rates, and other macro headwinds could reduce its revenue from existing clients while crippling its ability to secure new ones. Paycom's base of small to medium-sized businesses could also struggle more than Workday's base of larger enterprise customers.

Paycom is still a promising growth stock, but it's too exposed to macro headwinds. Therefore, investors should stick with high-growth cloud stocks that are better insulated from those challenges -- like Veeva Systems and Twilio -- instead of paying a high premium for a payroll services provider ahead of a potential recession.

Leo Sun has no position in any of the stocks mentioned. The Motley Fool owns shares of and recommends Paycom Software, Twilio, Veeva Systems, and Workday. The Motley Fool has a disclosure policy.