Please ensure Javascript is enabled for purposes of website accessibility
Log In Help Join The Motley Fool
Free Article Join Over 1 Million Premium Members And Get More In-Depth Stock Guidance and Research
By Howard Smith – Updated Jul 30, 2020 at 11:39AM

Pandemic-related stockpiling and stay-at-home behaviors helped Kellogg (K -2.60%) report a strong second quarter, with earnings per share increasing more than 21% versus the year-ago quarter. Excluding the impact of foreign currency, gains and losses due to noncore items like a restructuring program and a divestiture, and mark-to-market adjustments of its pension plan, the company reported earnings that were up 27%.

Higher sales were driven by demand in packaged goods for at-home consumption; the company said the demand continued for longer than it had expected. The strong results from the first half of the year allowed the company to increase financial guidance for 2020. It now believes organic net sales, which exclude impacts from divestitures and currency fluctuations, will increase 5%, compared with the previous estimate of 1% to 2% growth year over year. Its currency-neutral EPS is now expected to decrease 1%, compared to the previous guidance for a decline of 3% to 4%. 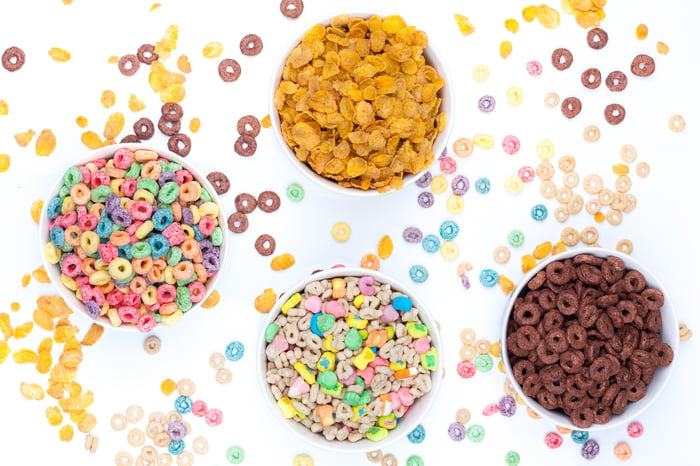 The company said it would use the current strength in its business to help support brand growth in the second half of the year. CEO Steve Cahillane said, "Our first half performance puts us in the position to substantially increase our investment in the business during the second half, while still delivering more net sales, operating profit, earnings per share, and cash flow for the full year than we had originally planned."

North American organic sales grew 11% for the quarter. Organic sales also increased in Europe by 4%, and in Latin America by 14%, the company said.