Please ensure Javascript is enabled for purposes of website accessibility
Log In Help Join The Motley Fool
Free Article Join Over 1 Million Premium Members And Get More In-Depth Stock Guidance and Research
By Jennifer Saibil – Updated Aug 3, 2020 at 11:22AM

Tyson Foods (TSN 1.89%) has received a large dose of negative public attention during the pandemic as the coronavirus spread through some of its meat-packing plants and the rising price of meat prompted a government investigation.

Today, the company released its third-quarter earnings report, which came in above expectations. It also announced a change of its CEO.

Outgoing CEO Noel White has been in the position for two years after joining the company in 2001 through the acquisition of IBP. He will remain with the company in the new role of executive vice chairman of the board. The change will take place Oct. 3. 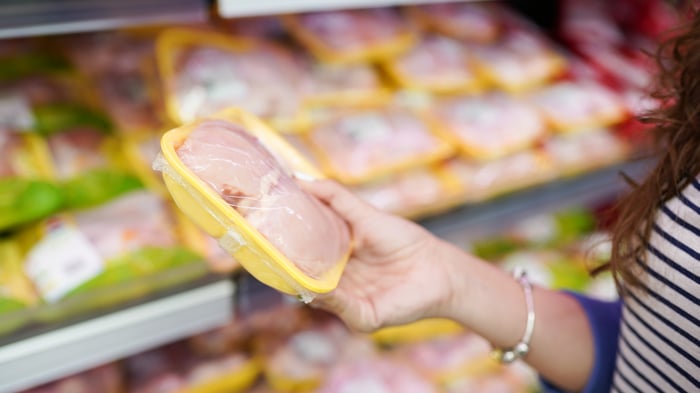 Incoming CEO Dean Banks came to Tyson as a director in 2017 from Alphabet's (GOOG 2.83%) (GOOGL 2.41%) Google, where he was a project lead. Prior to that he was a managing partner at SEED Ventures. He has also held several roles related to healthcare technology.

Chairman of the board John Tyson said in the company press release, "It's clear to the board that Dean's impressive background in entrepreneurship, technology, and the healthcare industry make him ideally suited to lead Tyson in its efforts to integrate advanced technologies into our operations and further our focus on team member health and safety."

Tyson has seen huge changes in its operations since the breakout of COVID-19 in its plants. After it temporarily shut down some facilities in April, it spent millions instituting safety features such as sanitation stations and barriers between workers. This ate into the company's profits, although earnings were better than expected. The company declined to give a fourth-quarter outlook, citing market uncertainties.