Shares of e-commerce, shipping, and postage company Pitney Bowes (NYSE:PBI) jumped an incredible 36% in early trading on Aug. 3. The stock was still holding on to those gains at roughly noon EDT. The stock is now up more than 50% over the past five trading days ... and the only material news out of the company today was a $5 million contract.

Pitney Bowes reported second-quarter results on July 30, with adjusted earnings of $0.04 per share. That was down materially from the $0.19 per share earned in the same period of 2019 -- but above the analyst consensus estimate of a $0.01 loss. So Pitney Bowes didn't do well, but it didn't exactly do badly, either, during what has so far been the worst of the COVID-19-related global economic shutdowns. 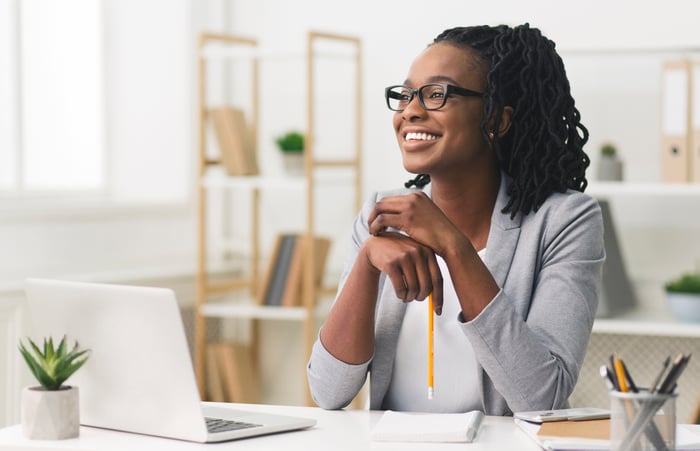 This morning, meanwhile, the company announced that it had inked a $5 million shipping and mailing contract with the U.S. government. That's a pretty small deal for Pitney Bowes, considering that its second-quarter revenues alone totaled more than $500 million. But it shows that there are positive things going on at the company as it continues to transition toward a digital future from its very analog past (historically, the company's big products, such as postal scales, centered around sending physical mail). That contract isn't really enough to lead to a 28% share price gain, however -- unless the increasingly positive backstory here also leads to an analyst upgrade, like the one that happened today at National Securities taking Pitney Bowes from neutral to buy. And that's exactly what investors are doing today, in very dramatic fashion.

Pitney Bowes is celebrating its 100-year anniversary in 2020. That's an impressive amount of time for a company to stick around, but it comes as management is trying to reorient the business in a more digital direction. There are some signs of success in what has been a very long and at times difficult process. However, after the huge stock price jump in recent days, Wall Street appears to be pricing in a lot of good news here. Long-term investors should probably tread with caution.