Signs of a waning wave of COVID-19 cases seemed to appease investors.

Market participants have looked closely at how the coronavirus pandemic has spread across the U.S., with many new states that weren't initially hotspots having moved into the limelight in recent weeks. However, investors today seemed to look on the bright side, as at least some trends have suggested that those new moves higher might finally be peaking. That sent markets upward after a brief decline near the open. Just after 11 a.m. EDT, the Dow Jones Industrial Average (^DJI -0.14%) was up 130 points to 26,794. The S&P 500 (^GSPC -0.20%) had risen 8 points to 3,302, and the Nasdaq Composite (^IXIC) had gained 12 points to 10,915.

The move higher on Wall Street came even though some companies announced news that wasn't entirely in line with an upbeat mood. Oil giant BP (BP 0.32%) finally did something that shareholders had feared for some time was inevitable. Meanwhile, Virgin Galactic Holdings (SPCE -2.48%) announced its latest quarterly results, sending the stock sharply lower despite some hopes for the future. 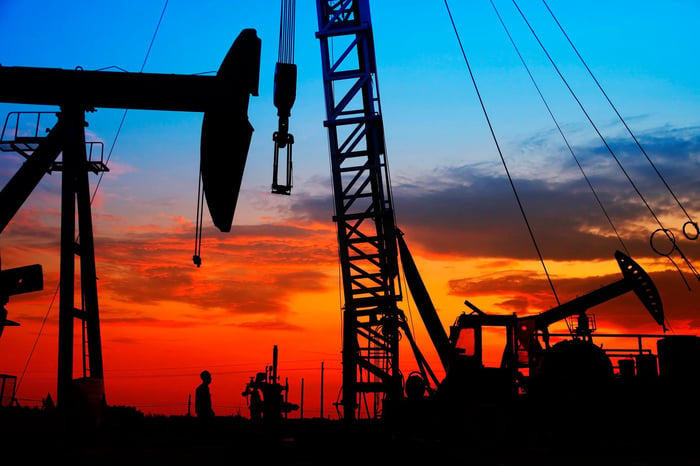 BP's move comes after rival ExxonMobil (XOM 4.04%) went a different direction strategically. ExxonMobil chose to sustain its dividend, even though it faces many of the same challenges. For both companies, recovering oil prices are what it'll take to generate a lasting recovery for the oil stocks.

Why ExxonMobil Will Move the Dow Tomorrow

Will Chevron Beat the Dow Jones Industrials in 2014?

Will ExxonMobil Soar Past Chevron and BP in 2014?

Stock Market Today: Will the Fed Pull the Trigger on Stimulus?