Please ensure Javascript is enabled for purposes of website accessibility
Log In Help Join The Motley Fool
Free Article Join Over 1 Million Premium Members And Get More In-Depth Stock Guidance and Research
By Billy Duberstein – Aug 4, 2020 at 7:00AM

The second quarter was predictably brutal, but there’s much more going on underneath the hood at Expedia.

Shares of online travel agency (OTA) Expedia (EXPE -3.05%) fell following the company's second-quarter earnings report. It's not hard to see why. The company reported some truly brutal numbers, as travel bookings were down sharply amid the coronavirus. Revenue declined 82%, leading to big-time losses, as Expedia's cost cuts weren't enough to offset what will probably be the worst quarter in the travel industry's history.

Expedia's shares took a slight dip after the release, as numbers were worse than expected. Analysts might have underestimated the huge number of cancellations in April, which led to negative bookings, as cancellations outnumbered new gross bookings in the early days of the outbreak.

Yet despite these horrid results, I think Expedia should still take a place on investor watchlists this summer, especially for those looking to play a rebound in travel once a COVID-19 vaccine is developed. Here's why. 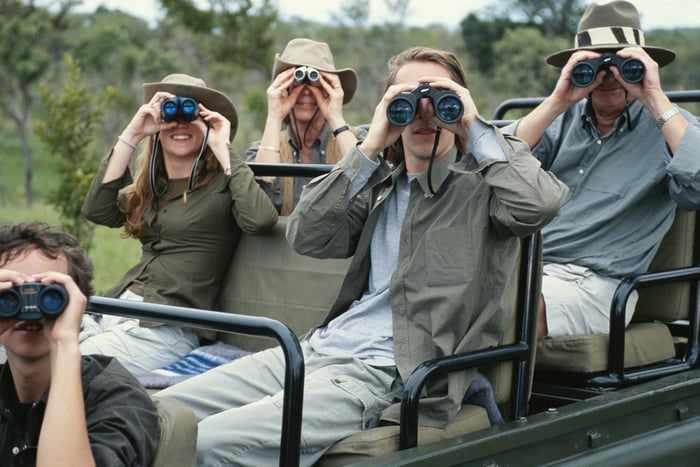 Expedia has taken the "opportunity" of COVID-19 to speed up a lot of the internal restructuring projects it needed to do even before the pandemic started. This included stepping away from revenue-seeking activities to complete overdue business simplification projects that were initially supposed to take quarters or even years.

To give a few examples, on the consumer-facing side, Expedia took down its HomeAway brand in the U.S., folding it into its vacation rental site, Vrbo -- a process that was supposed to be much lengthier. Expedia also shut down short-term rental sites Pillow and ApartmentJet, two start-ups that the company acquired in 2018 and which are also under the Vrbo business.

Vrbo, which, like Airbnb, lists private home and condo rentals for vacationers, has been an outperformer amid the pandemic according to management, so the company is simplifying its hodgepodge portfolio of smaller brands into the strongest and largest brand in that segment.

On the back end, Expedia is also cleaning house and retooling its technology platforms, which should pay off in the long run. These moves include more cloud computing, virtual chatbots to alleviate the need for more human customer service reps, consolidation of its marketing strategy among its various brands, and the migration of the company's advertising tech from a third-party platform onto Expedia's own technology -- meaning Expedia won't have to pay third-party licensing fees in its ad business. The company is also looking to wean itself off performance-based marketing by developing more of a direct connection to customers.

These business simplification moves, as well as cost cuts, are supposed to save the company $500 million annually, which, as we'll see, is significant for Expedia. It has already achieved $400 million of those cuts, and new CEO Peter Kern said that he expects the company will beat those targets over time.

Kern stressed the long-term benefits of these projects during this "lost" quarter:

Now that is hard work. It is foundational. Some of you may have noted that we gave up some share in some of the performance marketing lines in meta and SEM [search engine marketing]. That is something we willingly have done. As I said, we are not worried about the nickels right now in a market where there isn't a lot of volume. We are much more focused on the long-term foundational work to drive the long-term benefits when the volumes really are back at full scale. But we will continue to refine that. I wouldn't get used to scale the share we were at. I know there is often debate about can we grow and still be more profitable on the performance [marketing] side. We believe, absolutely, we can.

On the conference call with analysts, Kern also stressed that Expedia had improved steadily throughout the quarter. Though the headline bookings number was down an ugly 82%, management revealed that the company exited the quarter down less than 60%. This was predictably led by Vrbo, as opposed to hotels, with airline bookings coming in the weakest. That being said, July seems to be leveling off at even levels with June, showing the recent second waves of the COVID-19 seem to be stalling the travel recovery as of this moment. In truth, Expedia probably won't recover fully until a COVID-19 treatment or vaccine is developed. However, many experts expect a vaccine sometime by late 2021.

When that happens, however, Expedia's recent internal restructuring could bear fruit. The company made $565 million in net income last year, so the $500 million in cost savings from the restructuring plan could almost double Expedia's 2019 baseline earnings.

Expedia still remains a somewhat risky stock given its exposure to travel, but its internal restructuring and relatively asset-light business makes it an intriguing turnaround target for value investors out there.