Shares of plant nutrition specialist Mosaic (NYSE:MOS) rose as much as 16% in early trading on Aug. 4. Although it gave up some of those gains by 10:30 a.m. EDT, it was still holding on to an impressive 12% gain. The big news was earnings, which investors clearly liked.

The headline adjusted earnings number at Mosaic came in at a profit of $0.11 per share for the second quarter of 2020. That was way better than the loss of a penny a share that analysts had been expecting. Although selling prices for the potash, phosphorus, and fertilizer that the company sold were lower year over year in the quarter, the company's volumes were notably higher in two of its three divisions. The company noted that COVID-19 has had a limited impact on its business because food security has been a high priority during the global pandemic. 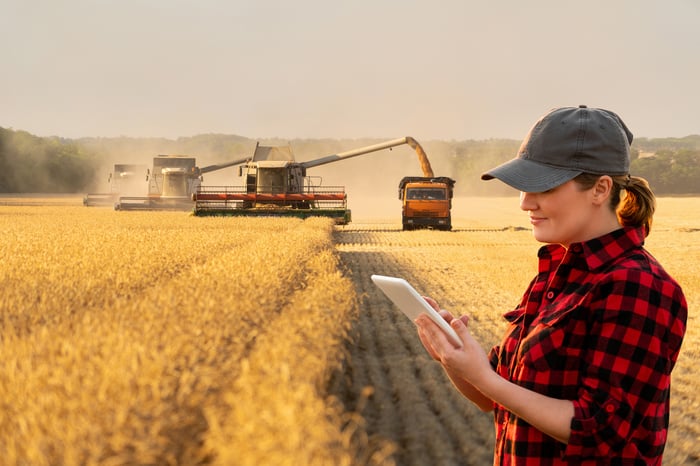 In fact, the company noted that conditions in North America improved significantly year over year and that it hit quarterly sales volume records in its potash and Fertilizantes segments. That leads to the rest of the year, with Mosaic stating that "The underlying fundamentals for a strong second half of 2020 are in place." No wonder investors were so upbeat following the earnings release.

As Mosaic highlighted, food security is a high priority today. That bodes well for the company through the rest of the year and, perhaps, well beyond. COVID-19 is likely to change the way the world looks at key industries that had, to some degree, been taken for granted, agriculture being one of them. A significant amount of good news has been priced into these shares today, but long-term investors might still want to get to know this plant nutrition specialist. It probably deserves a place on the watch list, even if it doesn't make the buy list.