There's a lot of action going on behind the scenes at the fitness drink maker.

The maker of the Celsius fitness drink reported that revenue surged 86% in the quarter to $30 million, as domestic revenue jumped 44% and international revenue surged 144% from the year-ago period. 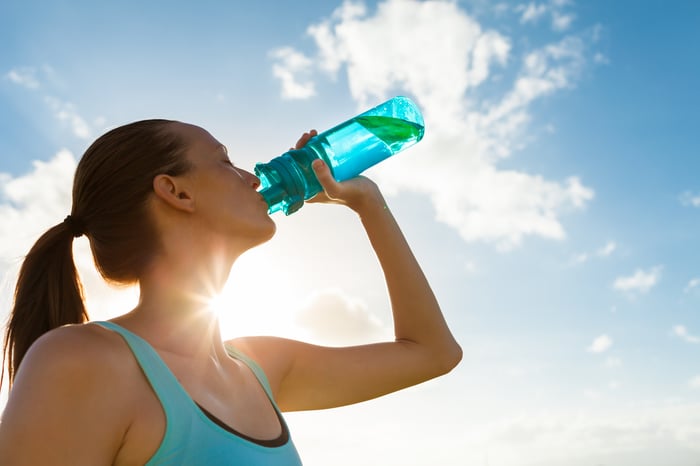 Celsius also said that it had secured additional distribution agreements with partners in the networks of Anheuser-Busch InBev, PepsiCo, Keurig Dr Pepper, and MillerCoors, bringing its total to more than 135 regional direct-store delivery partners.

While Celsius has been on a tear, more than tripling in value in 2020, and rising over 550% from its March lows, is there more than meets the eye?

Celsius neglected to mention in its press release (though it did disclose it in the 10-Q) that of the $13.9 million increase in revenue this quarter, $8.5 million, or 61%, came from its acquisition of Func Foods last October. That means organic revenue grew 39% year over year, not too shabby, but it's not the meteoric rise the company is depicting.

Also, Celsius engaged in a bit of name dropping with those mega beverage producers, but a closer read shows it's not the big-name companies it's partnering with, rather just companies in their networks. Again, it's a great opportunity for the small cap to expand, but Celsius shouldn't need to gild the lily if things are as good as it says.