The data analytics provider is beset by multiple sales headwinds.

Alteryx reported revenue of $96.2 million, which exceeded the top of its guidance range of $90 million to $95 million. The company posted a net loss of $35.2 million, against a loss of $3.2 million in the prior-year quarter. But adjusted net income per share of $0.02 also exceeded management's previous guidance for a loss between $0.12 and $0.18.

Yet investors were extremely disconcerted by curbed growth prospects. Total revenue advanced just 17% over the second quarter of 2019. This was a continuing deceleration from recent growth rates, including the 65% top-line expansion that Alteryx notched in full-year 2019, and the 43% year-over-year revenue gain in the first quarter of 2020. For the third quarter, management projects a revenue increase of just 7% to 11%, and it forecasts 10% to 11% top-line growth for the entire year. 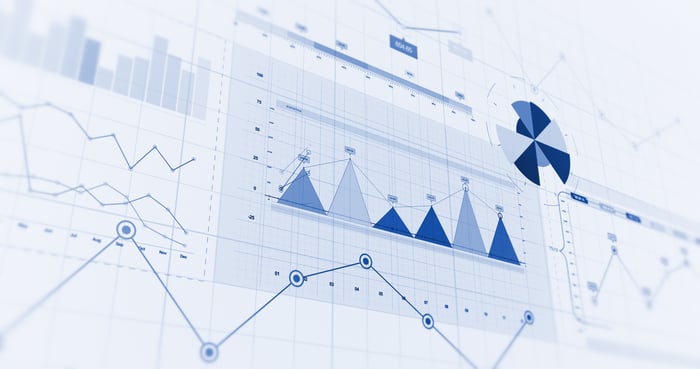 Can Alteryx summon resiliency after a stymied growth story?

During Alteryx's earnings conference call Thursday evening, management described several sales headwinds. Most prominent among these is an elongated sales cycle due to higher deal scrutiny and stiffer approval processes within customer departments as budgets tighten. Management also noted a trend toward smaller deal sizes as the second quarter wore on.

In addition, the temporary closure of most of Alteryx's regional offices has resulted in training challenges for the company's newest sales force hires just as it's rolling out enhanced analytics products, including its Intelligence Suite and the Alteryx Analytics Hub.

Management is responding to these headwinds by shifting some of its sales efforts from the small-and-medium-size (SMB) market to enterprise customers, with an emphasis on renewal activity in these larger accounts. It's also revamping internal sales tools to optimize remote-selling opportunities while monitoring key indicators related to its sales pipeline and conversion rates.

Despite the turmoil on the top line, underlying financial metrics remained quite strong this quarter. Alteryx's dollar-based net expansion rate (a measure of customer retention that emphasizes average dollar spend among customers) reached 127%, an extremely healthy level of retention. Annualized recurring revenue (or ARR) increased 40% year over year to $430 million. And despite a downshifting of sales momentum, deferred revenue, an indicator of future revenue recognition, held flat against the prior year at $86.6 million. Most importantly, the company maintained its rich gross profitability, booking a gross margin of roughly 90%.

Alteryx's sudden shift in fortunes illustrates that not every software-as-a-service company is flourishing during the pandemic. As the coronavirus continues to inhibit global economic growth, companies of all sizes are responding by tightening certain software spends. Data analytics remains a crucial investment for bigger corporations, but it's proving a somewhat discretionary outlay in the present environment.

It appears that Alteryx will be tied to the pandemic-influenced macroeconomic cycle more tightly than investors surmised earlier this year. But this shouldn't be a reason for shareholders to abandon the stock. Various forecasts estimate that the big data analytics (BDA) market will grow at a compound annual rate between 15% and 30% for the next several years. Historically, Alteryx's revenue acceleration has outpaced the extremely fast growth of the overall market.

Thus, when business conditions return to normal, the company should be able to resume annual sales advances at or beyond the rate of BDA market growth. High customer retention and its stable annualized recurring revenue point to a base of business that will provide Alteryx many opportunities to display resiliency in the coming quarters. Despite a significant near-term market pricing adjustment in the stock, Alteryx's long-term prospects remain favorable.