Target and two other resilient retailers are still paying reliable dividends as the COVID-19 crisis crushes their smaller peers.

Many brick-and-mortar retailers have struggled through the "retail apocalypse" over the past decade, as the growth of e-commerce platforms, superstores, and off-price retailers have turned the market upside down.

That sector was already wobbly, but the COVID-19 crisis knocked it over with mass store closures this year. Those closures forced struggling retailers like J.C. Penney to file for Chapter 11 bankruptcy protection, while others slashed or suspended their dividend payments.

Yet not all retailers were stuck in that sinking boat. In fact, several major retailers remained open throughout the crisis, generated higher sales as shoppers stocked up on essentials, and remained committed to their dividend payments.

Let's take a closer look at three companies that accomplished those goals. 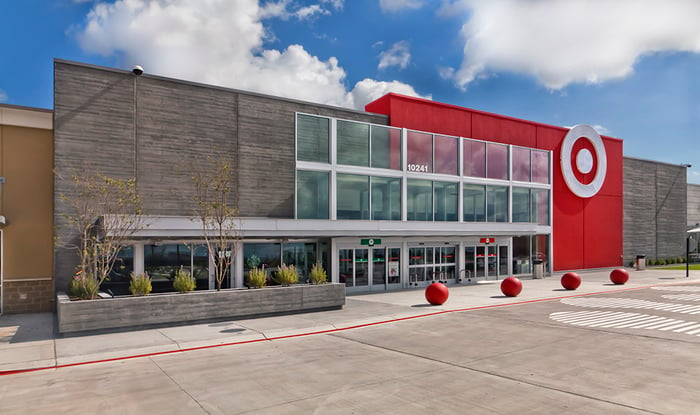 Target (TGT -0.53%) operates nearly 1,900 stores and 42 distribution centers across the United States. Roughly 75% of all Americans live within 10 miles of a Target store, and it owns the sixth most-visited e-commerce website in the U.S., according to SimilarWeb.

Those investments paid off, and Target's comparable store sales rose 3.4% last year. Its comps growth accelerated to 10.8% in the first quarter, with over 140% growth in its digital comps, as shoppers stocked up on essentials during the pandemic. That growth is throttling Target's margins with a higher mix of lower-margin essentials, rising fulfillment costs, and safety expenses, but it indicates it will remain a top shopping destination for the foreseeable future.

Target currently pays a forward dividend yield of 2.1%, and it's raised that payout annually for 49 years -- which means it will become a Dividend King with just one more dividend hike. That will likely happen, since Target spent just 27% of its free cash flow on its dividend over the past 12 months.

Walmart (WMT -0.10%), which operates about 11,500 stores worldwide, survived the retail apocalypse with similar strategies. It expanded its e-commerce ecosystem, ramped up its fulfillment and delivery efforts, renovated its stores, and matched Amazon's pricing.

Walmart's revenue rose 2% last year, with 2.8% comps growth at its U.S. stores. Its first-quarter revenue grew 9% annually, led by its 10% comps growth in the U.S., as Americans stocked up on essential products. Its U.S. e-commerce revenue surged 74% annually. 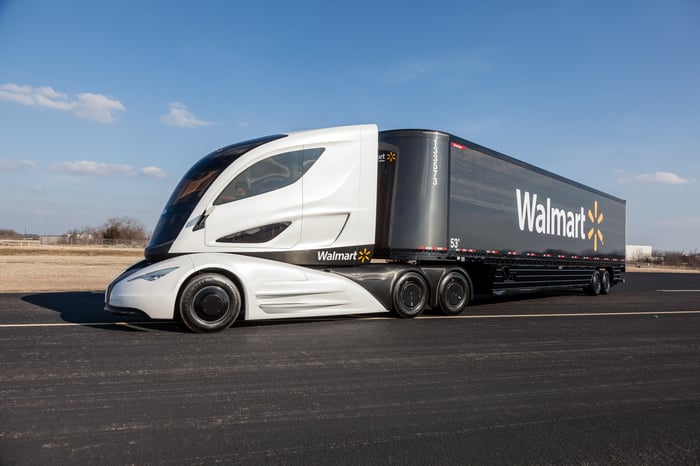 Like Target, Walmart's margins were weighed down by higher fulfillment expenses and sales of lower-margin products, but its ability to remain open and continue growing indicates it's a crisis-resistant stock.

Walmart pays a forward dividend yield of 1.7%, and it's raised that dividend annually for 47 straight years -- which makes it another future Dividend King. It spent just 33% of its free cash flow on those payments over the past 12 months.

Kroger (KR -1.74%), the largest supermarket chain in America, operates nearly 2,800 stores across 35 states. That scale enabled Kroger to weather economic downturns and counter Amazon, which bought Whole Foods and has launched online grocery delivery services over the past three years.

Two years ago, Kroger launched its three-year "Kroger Restock" program to improve its digital, pickup, and delivery capabilities; expand its private-label business; and leverage analytics to optimize the shopping experience. It's also expanding its pharmacy business to compete against stand-alone drugstores.

Kroger currently pays a forward dividend yield of 2.1%, and it's raised that payout for 14 straight years. Kroger spent just 13% of its free cash flow on that payout over the past 12 months -- which gives it plenty of room to reward patient investors with more dividend hikes.