How will Hilton perform during a tough economic period?

Unfortunately, the U.S. and other countries are in the midst of a recession. Of course, this entails job losses, with the weekly data showing more than 1 million people filing new unemployment claims for the past several months.

With COVID-19 forcing state and local governments to put restrictions in place, including on travel, this also isn't a typical recession. The second-quarter GDP reading confirms the severity, contracting nearly 33% on an annualized basis.

There are some companies whose results and stock prices can withstand or even do well in a weak economy. So, how can investors expect to fare by owning Hilton Hotels (HLT 2.04%) shares during the recession? 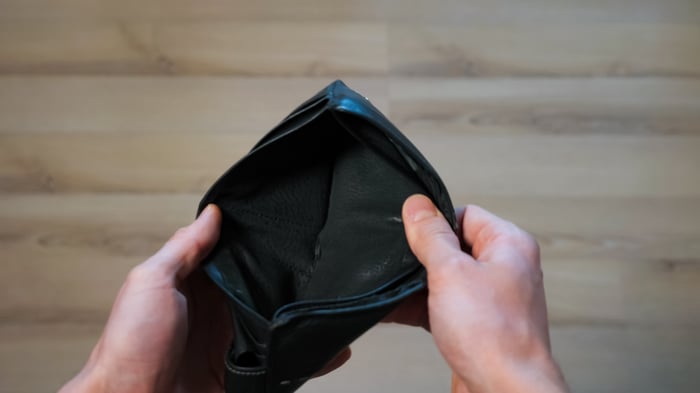 Hilton operates its properties under a variety of brands, including those it categorizes from upper midscale (like Hampton) to upper upscale (Hilton), all the way to luxury brands like Waldorf Astoria. These primarily charge higher rates than more modest properties. With high unemployment and tough economic conditions, businesses and individuals are likely to cut back on high-end hotel arrangements.

Hilton doesn't own all of its properties, providing some defense against downturns. It operates some under management contracts under which the owner pays Hilton a base management fee calculated as a percentage of revenue and an incentive fee based on the hotel's operating profit. Under its franchise arrangements, franchisees provide Hilton with an upfront fee and an ongoing royalty based on room and food and beverage revenue.

Since Hilton doesn't operate the properties, these deals allow Hilton to save on operating costs and capital expenditures. Nonetheless, the property's performance determines its revenue, and the economy affects property performance.

With the coronavirus pandemic creating such uncertainty for the company, Hilton's board of directors suspended dividends after the first quarter. I can't fault the company for taking a cautious approach. Still, it does mean you can't patiently collect income while waiting for the economic conditions to improve.

There's nothing wrong with owning a company whose fortunes are tied to the economy, as long as you prepare yourself for the fallout. Since the start of the year, Hilton's stock price is down more than 30%. But, with COVID-19 cases rising around the world, there's no telling how long the recession will last and how quickly the business will bounce back.

When economic conditions improve, you'll see the company's key metrics heading in the right direction. For lodging companies like Hilton, these are occupancy and the average daily rate (ADR). Last year, while the pandemic started hurting results in its Asia-Pacific region, Hilton's worldwide occupancy increased from 75.2% to 75.7% and its ADR edged up 0.1% to $144.79.

Until you see things moving in the right direction, I suggest holding off on your purchase and finding a different place to park your investment.