Shares of Dropbox (DBX 1.14%) have plunged today, down by 12% as of 3:20 p.m. EDT, after the cloud storage specialist reported second-quarter earnings. Though the results topped expectations, investors were rattled by news that the company's CFO is departing.

Revenue in the second quarter increased 16% to $467.4 million, topping the analyst forecast of $465.4 million in sales. That resulted in adjusted earnings per share of $0.22, also ahead of the $0.17 per share in adjusted profits that Wall Street was modeling for. The cloud storage technology company reported annual recurring revenue (ARR) of $1.93 billion and 15 million paying users. 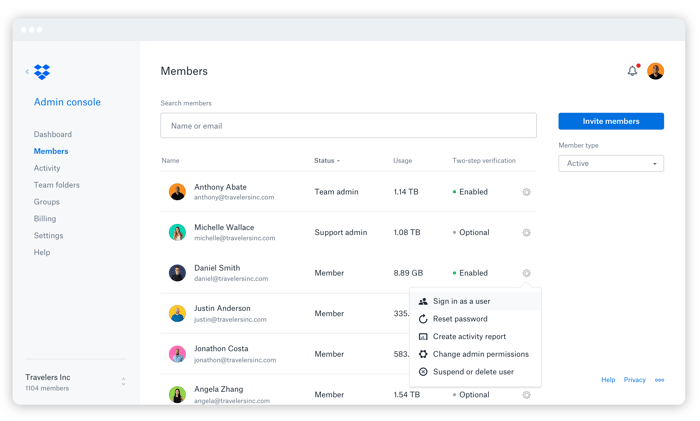 "Our Q2 results are a testament to our teams' hard work supporting our customers in this new environment," CEO Drew Houston said in a statement. "Over the past quarter, we introduced a number of products to help facilitate distributed work, addressing both team and personal use cases."

Dropbox announced that CFO Ajay Vashee would be stepping down in order to pursue a career in venture capital. Vashee has been with the company for over eight years, including helping take Dropbox public a couple of years ago. Chief Accounting Officer Tim Regan will become the company's new CFO. Vashee will advise Dropbox through mid-October as part of the transition.

In terms of guidance, revenue in the third quarter is expected in the range of $481 million to $484 million. Dropbox is modestly increasing its full-year guidance, with revenue in 2020 now forecast at $1.89 billion to $1.9 billion.