Macroeconomic headwinds continued to weigh on the department store chain.

Shares of Nordstrom (JWN 7.84%) pulled back last month as a resurgence of COVID-19 cases dampened the company's prospects of a recovery and other signs showed the company is still struggling during the pandemic. Though there was little company-specific news out on Nordstrom in July, the macroeconomic headwinds were enough to push the stock down 12%, according to data from S&P Global Market Intelligence.

As you can see from the chart below, the stock's decline was weighted toward the end of the month. 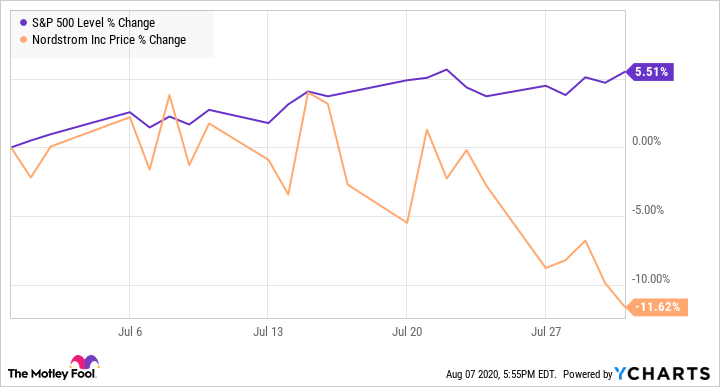 Department store stocks like Nordstrom slipped in July as another spike in COVID-19 cases dashed hopes for a quick recovery that would bring shoppers back to stores. Florida, Texas, California, and a number of other states pulled back on reopening steps they had taken, such as permitting indoor dining. The reversal indicated to the public that the virus was still a significant risk. 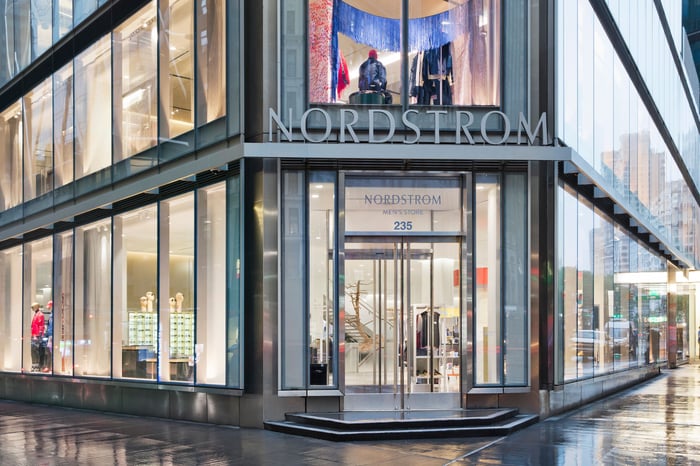 Early in the month, a report emerged that Nordstrom told landlords that it would pay half its rent for the year despite the fact that such a move could result in a lawsuit, suggesting the company expected challenges to continue.

Nordstrom cut about 6,000 jobs in June and announced in May that it would close 16 full-line department stores. Towards the end of the month, the stock fell as earnings season kicked off and showed e-commerce stocks posting record growth, a negative sign for brick-and-mortar retailers.

Nordstrom stock actually surged through the first week of August on anecdotal evidence that there was strong demand at its Anniversary Sale, its biggest sales event of the year, and as retail stocks broadly rebounded, trending with gains in the Dow Jones Industrial Average.

Through the first week of August, Nordstrom shares are up 17%, recouping all of July's losses. Retail earnings reports are just around the corner, and we'll get an update from the high-end department store chain later this month. Analysts expect revenue to fall 39% to $2.36 billion and a loss per share of $1.51.