While most large American theme parks have reopened after COVID-19 shutdowns, operators are still reporting disastrous results from their previous quarters. SeaWorld Entertainment (NYSE:SEAS) reported second-quarter results on Monday for the period ending June 30 that covered much of the lockdown, and the numbers weren't pretty.

No guests, no sales

SeaWorld operates several theme parks under the SeaWorld brand as well as Sesame Place in Pennsylvania and Busch Gardens in Virginia. All of the parks were closed between March 16 and June 5, and the company began a phased reopening on June 6, with nine out of 12 parks currently open with reduced hours and capacity. That means there were only about two or three weeks of any sales at all in the quarter. 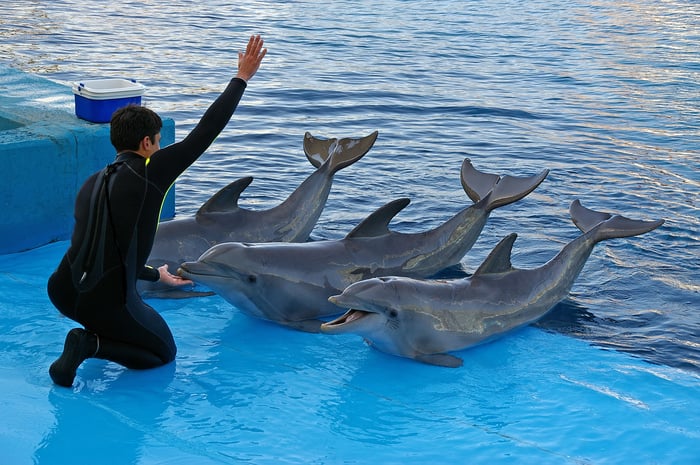 The dismal results included a 95% decrease in sales to $18 million from $338 million last year. However, visitors are coming back. During those last few weeks, about 300,000 guests visited the parks. The company also said that attendance was less than demand due to capacity limitations it instituted for safety.

SeaWorld offered over $700 million in private secure notes to raise funds to get through the closures, and as of June 30 it had $565 million in cash and cash equivalents and $311 million in undrawn credit.