The water utility was a hit with investors as COVID-19 uncertainty continued to prevail.

Shares of American Water Works (AWK 0.53%) rallied 14.5% in July, according to data provided by S&P Global Market Intelligence. As a typically defensive utility stock, the water and wastewater services company found favor with investors even as fears of COVID-19 pandemic's impact on global economies loomed large. With the company's earnings also around the corner, the market remained optimistic.

Although the pandemic added to the company's costs as it implemented safety measures, and waived disconnection and late fees from customers, demand for its services – which are essential in nature -- remained strong, evidenced by its second-quarter earnings report released earlier this month that drove the stock even higher.

Water is a highly regulated industry, which means American Water Works doesn't necessarily have to worry about fluctuations in revenue and cash flows. The stable nature of its business continued to appeal to risk-averse investors in July amid the coronavirus uncertainty and volatility in stock markets. 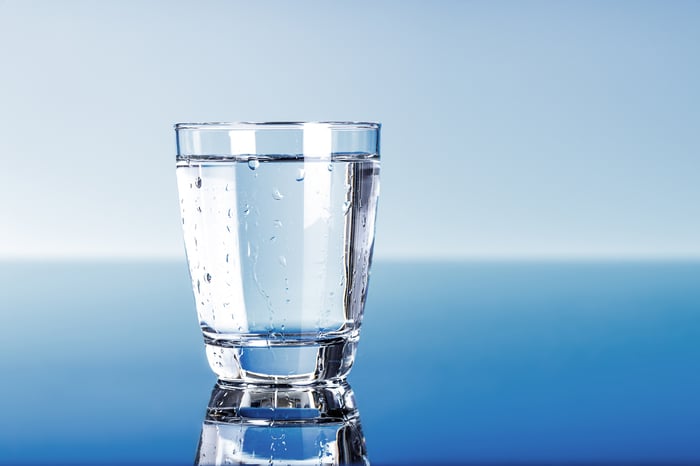 In its second quarter, American Water Works' revenue rose nearly 6% year over year, driven largely by higher revenue from its regulated business, backed by rate increases, acquisitions, and organic growth. It earned 3.2% higher in earnings per share (EPS) during the period.

As a regulated utility, American Water Works is required to invest consistently in infrastructure upgradation and expansion to win timely rate-increase approvals for its water services from state regulators. The company invested nearly $930 million through June this year, including $881 million on its regulated assets' infrastructure. It plans to pump as much as $1.9 billion in capital investment this year.

At a time when several companies are also cutting or suspending dividends, American Water Works maintained its dividend in July and is confident it should be able to increase its dividends year after year. It last increased its dividend by 10% in May.

Given the COVID-19 uncertainty, American Water Works issued a fresh full-year earnings outlook which is slightly lower than its previous guidance: The company expects to earn anything between $3.79 and $3.85 per share in 2020. That's a strong projected growth over its 2019 EPS of $3.43. In the longer run, American Water Works foresees 7% to 10% compound annual growth in EPS through 2024, giving investors enough reasons to remain bullish on the stock.

American Water Works Earnings: What to Watch on April 27
401%