Shares of Criteo (CRTO -0.21%) gained 20.2% in July, according to data from S&P Global Market Intelligence. The online advertising campaign specialist saw several sudden jumps and drastic drops last month, but it all added up to a solid 30-day gain.

Criteo started July with a bang. The company updated its second-quarter guidance based on stronger-than-expected results in Europe and the Americas, sending stock prices 17% higher on July 6. That jump faded out over the following week, but Criteo caught a second wind near the end of the month. The second-quarter report came in even stronger than the updated guidance had suggested, beating the new targets on both revenue after target acquisition costs and adjusted earnings before interest, taxes, depreciation, and amortization (EBITDA). Criteo also left analyst estimates in the dust and set up bullish guidance targets for the third quarter. 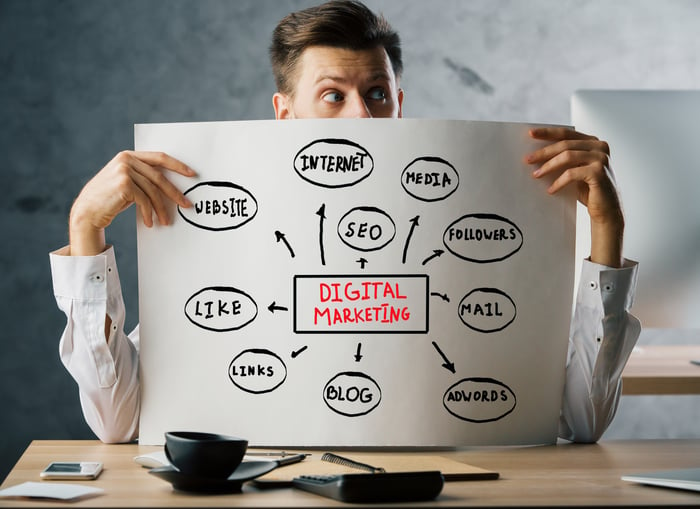 The advertising market took a serious hit from the COVID-19 pandemic, as ad buyers were forced to reevaluate their strategies. Companies like Criteo are equipped to help them do exactly that, building new marketing campaigns around personalized tracking and targeting tools.

"As the economic aftermath of the pandemic progressively unfolds, we believe that direct response and targeted marketing remain key to help all clients weather the pandemic and accelerate their recovery," Criteo CEO Megan Clarken said in the company's second-quarter earnings call. "The net impact of COVID on our business was lower than expected in Q2 and proved to be positive in retail media and mid-market."

The stock has now fallen 18% year to date and trades at just 9.4 times forward earnings estimates. The company continues to wrestle with technical challenges as Alphabet subsidiary Google plans to drop support for third-party tracking cookies in the market-leading Chrome browser, but Criteo is working on alternative solutions and Google could also change its mind about that idea.

All things considered, I would argue that the risk-reward equation for Criteo's stock is leaning in a shareholder-friendly direction.