Please ensure Javascript is enabled for purposes of website accessibility
Log In Help Join The Motley Fool
Free Article Join Over 1 Million Premium Members And Get More In-Depth Stock Guidance and Research
By Dan Caplinger – Updated Aug 11, 2020 at 11:51AM

The stock market continued a pattern on Tuesday that we've seen play out repeatedly. Part of the market soared, looking at the release of a coronavirus vaccine in Russia as evidence that things might return to normal sooner rather than later. Yet another part of the stock market fell, as the prospects for continuing to profit from the consequences of the coronavirus pandemic seemed to lessen.

Earnings continue to be a focus for investors, especially for those interested in stocks that are getting a lot of attention from the broader investment community. Chinese electric vehicle manufacturer NIO (NIO 8.01%) saw extreme volatility in its stock following its release of second-quarter financials. Hertz Global Holdings (HTZG.Q) saw the same pattern play out, with the rental car company's stock jumping out to big gains that largely evaporated as the morning went on. 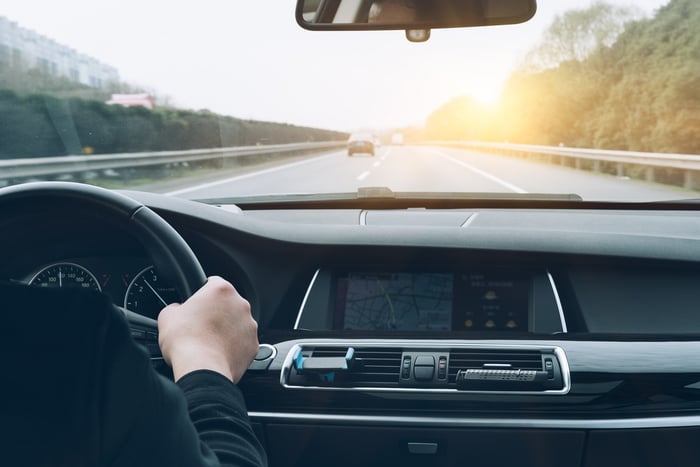 Shares of NIO were down 4% following the company's second-quarter financial results. The stock had been up substantially earlier in the day, but investors seemed to reconsider what they had initially seen as a bullish outlook for the Chinese automaker.

NIO's numbers showed its status as a high-growth company. Revenue was higher by 147% from year-ago levels, reflecting a big boost in vehicle deliveries during the period. As the automaker announced last month, it delivered more than 10,300 of its SUVs from April to June, nearly tripling the 3,550 that it delivered in the same period in 2019. The company continued to lose money, but its net loss shrank by nearly two-thirds year over year.

NIO also has seen its positive momentum continue into the current quarter. July deliveries were over 3,500, more than quadruple what the company sent customers in July 2019. The launch of pre-orders for the EC6 coupe SUV started last month, and the company anticipates beginning delivery in September. All in all, NIO sees deliveries of 11,000 to 11,500 vehicles in the third quarter.

The stock has already soared in 2020, as investors hope that it will become the market leader in China. Given demand for electric vehicles in the world's most populous nation, it's easy to see why shareholders are placing their bets on NIO's long-term prospects.

Elsewhere, shares of Hertz Global Holdings moved lower by 1%. The stock had been higher by more than 10% early in the session, but investors had second thoughts about the rental car giant's second-quarter financials.

Hertz saw its revenue plunge by about two-thirds in the second quarter of 2020, as the drop in travel activity from the COVID-19 pandemic continued to weigh on operations. Rental volumes at U.S. airports were down 82% during the period, and international performance was even worse. That led to a huge loss even after accounting for extraordinary items.

The only good news was that the used-car market rebounded during May and June, potentially adding value to the company's fleet. Those vehicles are playing a key role in Hertz's ongoing bankruptcy proceedings, and the only real argument favoring any recovery for shareholders involves seeing the value of the Hertz fleet soar enough to pay creditors in full.

CEO Paul Stone is doing his best to sell cars as quickly as possible and align the size of the Hertz fleet to new industry conditions. But it remains unlikely that the company will be able to avoid a restructuring that results in current shareholders getting nothing.

I'm About to Be Proven Dead Wrong About This Robinhood Stock