Please ensure Javascript is enabled for purposes of website accessibility
Log In Help Join The Motley Fool
Free Article Join Over 1 Million Premium Members And Get More In-Depth Stock Guidance and Research
By Howard Smith – Aug 13, 2020 at 10:40AM

Walt Disney (DIS -1.39%), and the union representing 750 Walt Disney World employees in Orlando, Florida, have agreed on a COVID-19 testing plan that will allow the park's cast members to return to work. The Actors' Equity Association cast members did not return to work with the other Disney World employees after the company executed a phased reopening of the theme park.

In June, after the company announced its plans for the Orlando theme park reopening, the union said it didn't accept the safety protocols Disney put in place, it didn't include COVID-19 testing despite the performers being unable to wear masks or practice social distancing in their jobs. Disney will now provide a location for testing to take place, satisfying the union's requirements. 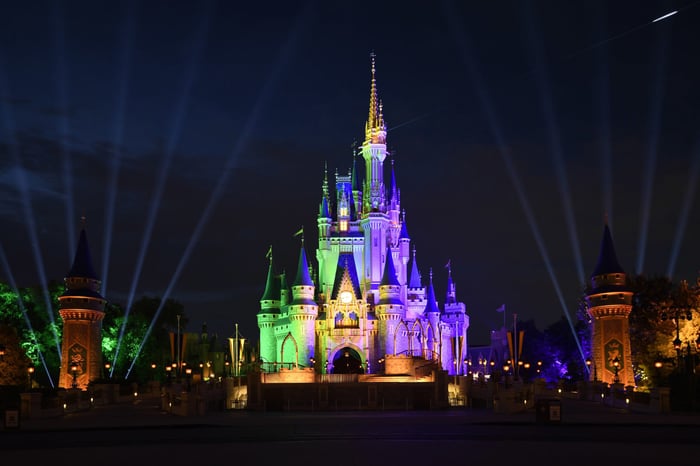 Disney said it was providing a location for testing that will be run by the Florida Division of Emergency Management, and will provide free testing to state residents, including employees and their families, according to Deadline.

Kate Shindle, president of Actors' Equity Association, said in a statement, "With the news that Disney will make testing available for Equity performers and others in the park, I'm happy to announce that Equity's executive committee has signed a memorandum of understanding with Disney for Equity performers to return."

Disney said the testing facility is not strictly in response to the actors union. In a statement, a Disney spokesperson said: "We have offered the location to help with community testing and any suggestion that this has been done as a result of any one union is unfounded. Our actions support all cast and our community at large."