Market participants looked to end the week on a quiet note.

Friday morning began quietly on Wall Street, with a general lack of news allowing major market benchmarks to stay close to where they began the day. Some market participants pointed to disappointing economic data on retail sales as a sign of negative consumer sentiment, but they didn't seem to assign it too much weight. Just after 11 a.m. EDT today, the Dow Jones Industrial Average (^DJI) was down 7 points to 27,890. The S&P 500 (^GSPC -0.16%) fell a single point to 3,373, and the Nasdaq Composite (^IXIC) lost 37 points to 11,006.

Even among individual stocks, there wasn't a lot of market-moving news. DraftKings (DKNG -0.41%) released its latest financial results, and even though the company did the best it could during a tough environment for sports betting, shareholders weren't pleased with what they saw. Meanwhile, iQiyi (IQ 1.50%) got even worse news on the regulatory front, becoming the latest Chinese company to deal with controversy. 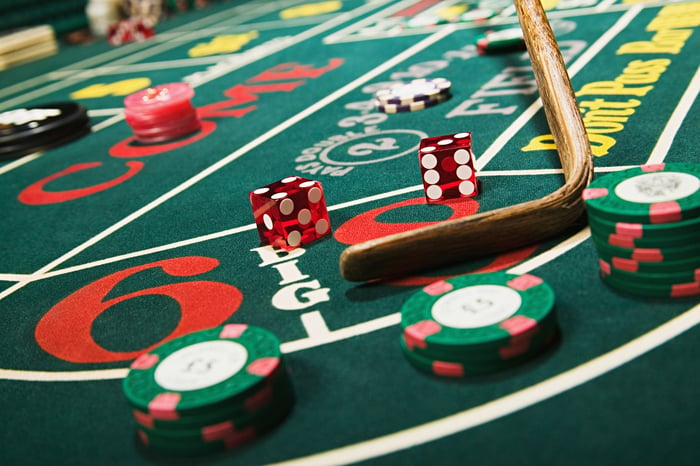 Making do in a world with less sports

Shares of DraftKings were down more than 5% Friday morning. The company released second-quarter financial results that had some promising signs, but investors weren't in the mood to see silver linings on the sports betting front.

DraftKings wasn't able to deliver the growth that many investors had hoped to see. GAAP revenue was higher by 25% from year-earlier levels, but when you take into account the business combinations that took place over the past 12 months, pro forma revenue levels were down almost 10% year over year. Net losses ballooned more than fivefold.

There are some potential lights at the end of the tunnel for DraftKings. The sports betting company expects pro forma revenue growth of 22% to 37% in the second half of 2020. Now that the National Basketball Association and Major League Baseball have restarted play, there's more for DraftKings' customers to do, spurring more betting and boosting sales.

DraftKings is hopeful that it can keep expanding the number of states in which it can legally offer sports betting, pointing to the early success of its entry into the Colorado market. Even with today's decline in the stock, it's unlikely that the company will see interest dry up for its games, especially with other opportunities for entertainment remaining limited due to the COVID-19 pandemic.

Turning our attention across the Pacific, shares of Chinese video streaming company iQiyi dropped 14%. The company released second-quarter financial results, but news of an investigation by the U.S. Securities and Exchange Commission hurt investor confidence.

iQiyi's latest numbers were mixed. Total revenue climbed just 4% year over year, which seems low in a period in which video viewership worldwide has been strong. A tough advertising environment weighed on overall numbers. Net losses amounted to just over $200 million, which was narrower by between a third and a half compared with the year-earlier period. Subscriber counts saw similarly meager gains of 4% to 104.9 million.

But investors focused on news that the SEC wants iQiyi to produce financial and operational documents related to allegations made by short-selling investors at Wolfpack Research. Wolfpack issued a scathing report on iQiyi back in April, and although iQiyi responded with its own internal review, the professional advisors given that task haven't yet reported back to the audit committee.

CFO Xiaodong Wang argued that "the voluntary disclosure of this investigation itself actually shows the confidence of the management on the potential results of this internal review." But for U.S. investors who have been burned in other controversies involving Chinese companies, giving iQiyi the benefit of the doubt simply isn't going to happen.