Please ensure Javascript is enabled for purposes of website accessibility
Log In Help Join The Motley Fool
Free Article Join Over 1 Million Premium Members And Get More In-Depth Stock Guidance and Research
By Keith Speights – Aug 14, 2020 at 11:36AM

Shares of Mesoblast (MESO 6.69%) were skyrocketing 49.5% higher as of 11:23 a.m. EDT on Friday. The huge jump came after the Australian biotech announced an FDA advisory committee vote recommending approval of Ryoncil in treating pediatric patients with steroid-refractory acute graft versus host disease (SR-aGVHD).

The FDA doesn't always go along with the recommendations of advisory committees, but it usually does. In this case, the Oncologic Drugs Advisory Committee voted nine to one in favor of Ryoncil after determining that the available data support the efficacy of the drug in treating SR-aGVHD in pediatric patients. 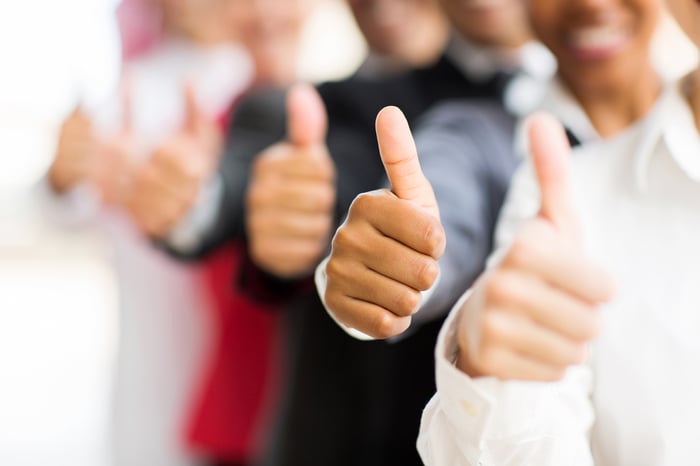 This was definitely great news for Mesoblast. The small biotech doesn't have any approved products on the market yet. Should Ryoncil win FDA approval, which now looks more likely than ever, Mesoblast will soon potentially be on the way to achieving commercial success.

Ryoncil could literally be a lifesaver for some children. Around half of patients who receive a bone marrow transplant from another person develop acute GVHD. For patients with the most severe forms of the disease, mortality rates are as high as 90%. There currently aren't any FDA-approved treatments for children under 12 with SR-aGVHD.

The next major catalyst for the biotech stock will be the FDA's approval decision for Ryoncil. That decision is expected by Sept. 30, 2020. If the FDA gives a thumbs-up, Mesoblast plans to launch the drug in the U.S. market soon afterward.

Why Mesoblast Limited Is Rising Today

Why Mesoblast Stock Plummeted on Friday

Why Mesoblast Stock Is Tanking Today