A 6% yield that’s ripe for the taking. This is one high dividend investors shouldn't ignore just because it's in the oil business.

We all have different dreams of what the perfect retirement looks like. Hot versus cold; fast-paced or taking it easy. No matter how you envision it, we can all agree that having a little extra money can bring those dreams a little bit closer to a reality.

One way to do that is by investing in industry leaders like Phillips 66 (PSX -2.05%) that have a track record of paying a large and growing dividend. Here's why Phillips 66 could be a great stock to consider for retirement. 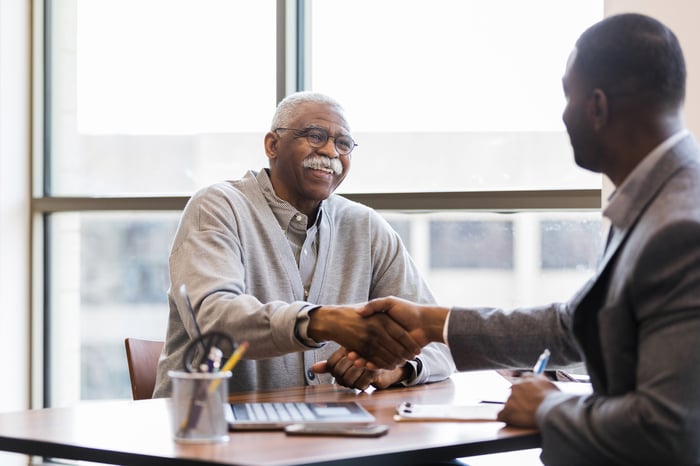 Anatomy of a retiree's dream stock

Generally speaking, there are two key phases of retirement planning: the accumulation phase and the distribution phase. The accumulation phase entails earning money and then setting aside a portion of that income to invest for retirement. Accumulation can involve more risk since there's plenty of time to make mistakes or endure market cycles. The distribution phase isn't as forgiving because you're now a net spender, not a net earner, as you're relying on savings to supplement your income.

Investing in industry leaders that pay high dividends can be especially beneficial for retirees. For starters, industry leaders tend to provide a level of stability that's necessary for retirees who can't afford to lose money or deplete their nest eggs too quickly. And high dividends can provide extra cash in a simple and low-tax way for additional trips and good times.

Phillips 66 is the largest independent U.S. oil and gas refining and marketing company by market capitalization, operating sizable midstream, chemicals, and marketing businesses, in addition to its refining operations. Phillips 66 raised its dividend every year between its split from ConocoPhillips in 2012 until the beginning of 2019 -- but raises have since ground to a halt. Still, the streak was impressive as the company's  annual dividend currently stands at $3.60 per share or $0.90 per quarter, an increase of 350% since 2012.

Phillips 66 began the year with a yield of around 3%. That yield is now closer to 6% since shares have fallen 43% year to date (YTD). One reason for that decline is lower demand for petroleum, refined products, and natural gas. The energy sector is currently the worst-performing sector in the S&P 500 -- down about 38% YTD.

Phillips 66 hasn't exactly had an easy year so far. All of its business segments are earning less than normal, but its main problem is its refining business, which is normally its highest-profit-generating segment. In the second quarter, refining margins fell by 63% to just $2.60 per barrel, and the company's crude utilization rate was just 75%. For comparison, Philipps 66 was earning $11.37 per barrel off of a 97% crude utilization rate in the second quarter of last year.

Low profit margins indicate that even though the input cost of crude oil is cheaper, Phillips 66 isn't making a lot of money per barrel because there isn't a high demand for refined products right now. Because of that lower demand, it also isn't generating a lot of output relative to the capacity of its refineries -- hence, the lower utilization rate.

As of the end of July, utilization rates were their highest since the end of March. This improvement should help Phillips 66 have a better second half of the year. As a precaution, the company has raised more debt, cut spending, and suspended share buybacks. Even with that debt raise, Phillips 66 has retained a healthy balance sheet. 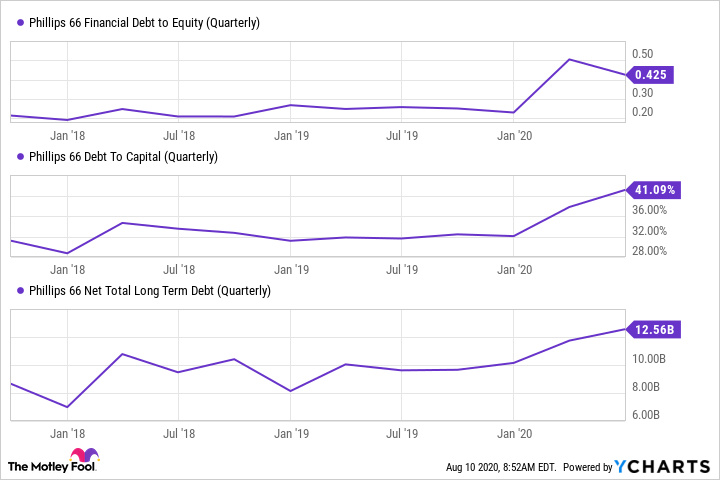 Take advantage of the discount

Phillips 66 shares currently go for a steep discount, compared to the beginning of the year, which has brought its yield up to nearly 6% -- about triple the average yield in the S&P 500.

For investors who believe that demand for refined products and natural gas is improving, picking up a few shares of Phillips 66 at its reduced price could be an excellent decision. Retirees can rest easy knowing that Phillips 66 has a balance sheet capable of handling more pain if needed. Although the company has suspended dividend raises, its dividend is still capable of supplementing a sizable portion of income in a retirement portfolio.