The social media site is seeking an investment of $100 million to $150 million.

India's Economic Times is reporting that Alphabet's (GOOG -0.17%) (GOOGL) Google is in talks to invest in that country's ShareChat. Neither the potential terms nor the price were disclosed in the article, which cited "two people familiar with the matter" as its sources. These sources also did not speculate on the size of the stake; one did say that the discussions are at a preliminary stage.

ShareChat is a social media site on which users can create and disseminate content in the traditional languages used throughout the massive country. 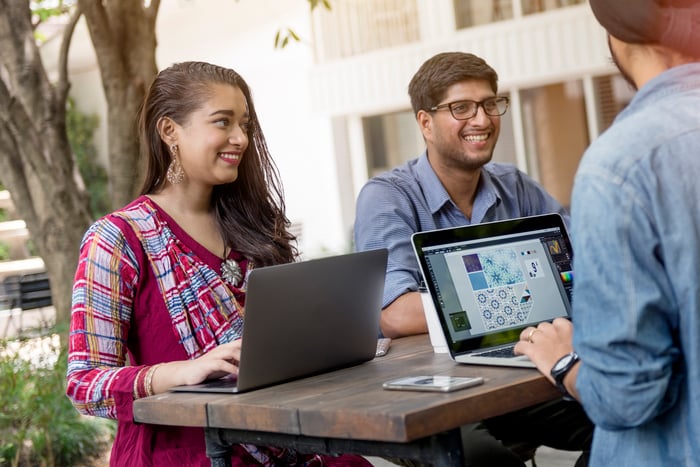 The site is aiming to raise $150 million to $200 million, so it is likely that any discussions with Alphabet/Google center around that range. Last month, Google unveiled its India Digitization Fund, a $10 billion initiative to funnel investment into promising companies in that country.

Alphabet and Google have not yet officially commented on the article, nor has ShareChat. According to the Economic Times' sources, ShareChat is also in talks with other potential investors. These were not named by the source, but earlier this month another Indian financial news site, Mint, reported that Microsoft was discussing an investment of roughly $100 million in the company.

If one or both of those American tech titans become ShareChat investors, they would have familiar company. Last summer, it was reported that Twitter led a $100 million funding round into the Indian enterprise.

In late afternoon trading on Monday, both classes of Alphabet stock were up marginally, outpacing the modest gains of the S&P 500 on the day.