The deal is the latest marketing tie-up for the company in the world of competitive video gaming.

The vivid red check mark and bold company name that comprise Verizon's (VZ 0.83%) logo will be hoisted in battle -- virtual battle, that is. The telecom giant announced Wednesday that it is now the official 5G and 4G LTE partner of Twitch Rivals, the video game tournament operated by online gaming platform Twitch, which is owned by Amazon.com (AMZN 2.07%).

Verizon is making a clear play at being associated with competitive gaming. Last month it announced it had reached a similar arrangement with FaZe Clan, a well-known organization in that field, and in June it signed a multi-year partnership with Tencent Holdings' (TCEHY -1.52%) Riot Games to be its "official 5G Wireless and Network Service Partner" for its League of Legends Championship Series. 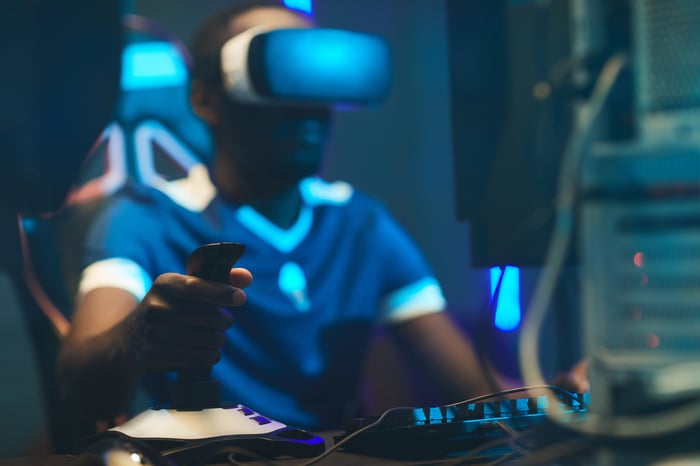 In 2019, Verizon opened what it claims to be the first 5G eSports training facility in the U.S. The complex is located in Los Angeles.

"Together, Verizon and Twitch will collaborate on media and broadcast integrations in Twitch Rivals streams, activations at Twitch events, and innovate together using the power of Verizon's 5G Ultra Wideband network, 5G built for gamers," Verizon wrote of the new collaboration in a press release. "Twitch and Verizon will co-create 5G concepts over the course of the partnership, exploring the impact 5G can have across the industry."

With their ever-growing sprawl and complexity, video games are relentlessly increasing in size. For any kind of remote gaming, therefore, wide "pipes" are necessary to handle this, which is where 5G comes into the picture. In its press release, Verizon wrote that its 5G Ultra Wideband service is available in sections of 36 cities.

In late afternoon trading Wednesday, Verizon's stock was down by 0.4% -- more or less in line with the movement of the broader market.