Please ensure Javascript is enabled for purposes of website accessibility
Log In Help Join The Motley Fool
Free Article Join Over 1 Million Premium Members And Get More In-Depth Stock Guidance and Research
By Selena Maranjian – Aug 22, 2020 at 9:03AM

You'll probably be surprised at all that Disney owns.

Walt Disney (DIS 3.70%) has been around since 1923 -- almost 100 years -- when it began as the Disney Brothers Cartoon Studio. Most of us probably think we know a fair amount about the company, but there's probably a whole lot that you don't know.

Here's a look at 12 interesting facts about Walt Disney, its history, and its businesses. 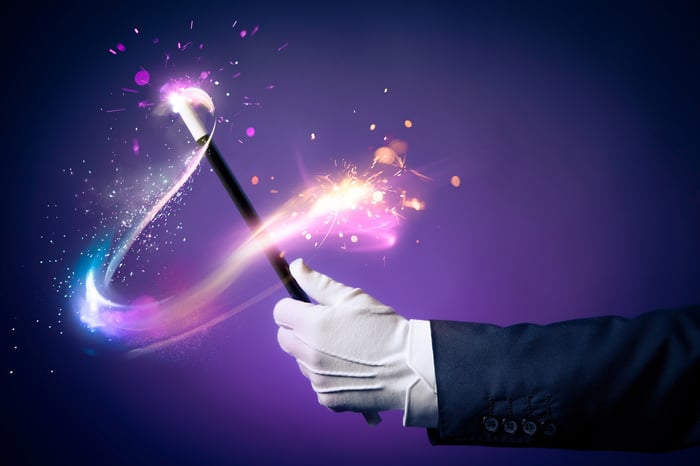 Mickey Mouse has been around a long time -- since 1928 -- but he isn't Disney's first animated cartoon character. That honor goes to Oswald the Lucky Rabbit, who starred in the very successful Trolley Troubles.

Snow White and the Seven Dwarfs was Disney's first full-length feature film, released during the Great Depression in 1937. It was hugely successful and certainly cheered up a lot of people. It was also the first film to release a soundtrack.

Disney stock went public in 1940. Anyone who still owns shares bought then will have done rather well, as the shares have increased in value more than 40,000%.

Among the 20 top executives highlighted on the Disney website, six are women. Among the 10 members of the board of directors, four are women. Neither figure is 50% or more, but compared to other large American companies, those are respectable numbers. (A 50% or more showing in a few years would be even more impressive.)

Not many people realize it, but Walt Disney owns ABC Television, ESPN, and FX Network. The ESPN business is more challenged than usual due to the pandemic disrupting many sports.

Yup, Disney owns National Geographic, too, which encompasses a lot of high quality photography and videography showcasing nature and environments, as well as a cable television channel.

Disney launched its Disney+ streaming service in late 2019, and it has been quite successful so far, with 60.5 million subscribers as of early August. (It had intended to reach 60 to 90 million by 2024!)

Disney owns most of the Hulu streaming service, which boasts more than 30 million subscribers, and it plans to own all of it by 2024. But Hulu has been generating losses, and it's not clear what Disney will end up doing with it.

Another streaming service is in the works, as Disney has announced plans for an international one that expands on an Indian TV brand it bought, called Star. In the age of the pandemic, the company is beefing up its direct-to-consumer offerings.

Walt Disney was nominated for Oscar awards a whopping 59 times and won 26 times, enough to make him the person who has won the most Oscars.

The interesting facts above are just the tip of the fascinating-things-about-Disney iceberg. If you spend just a little time searching online, you'll find many more eye-opening tidbits, including ones about its major theme parks and resorts business.

But just the ones above will help you see just how big an empire Disney has become, with its market value recently topping $230 billion. Is it worth investing in? Many think so, despite the trouble that the pandemic is causing (which led the company to suspend its dividend). More research can help you decide whether you want to buy some shares, or watch and wait for a more appealing opportunity.