Best Buy (BBY 1.06%) reported its 2021 second-quarter results today, for the period ending Aug. 1, and the electronics chain made up for a decline in the first quarter, when stores were closed to in-store traffic for six weeks, with a 5.8% year-over-year comps increase.

Stores temporarily closed to foot traffic during parts of the first and second quarters but functioned throughout that time with curbside pickup. When they reopened, it was with a by-appointment-only model for the first six weeks. Digital growth spiked 242% year over year domestically, and total revenue was $9.9 billion. Adjusted earnings per share increased 58% to $1.71. 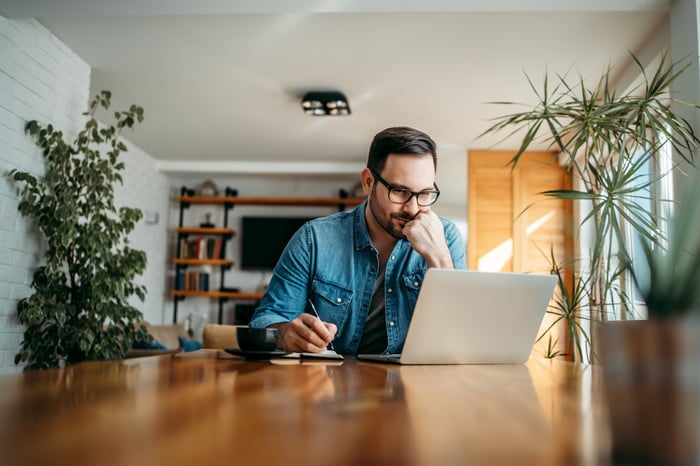 Products like laptops became increasingly important as the pandemic forced people to work, learn and play from home. Computers and mobile phones accounted for almost half the total revenue, with consumer electronics accounting for more than a quarter. Appliances also made a strong showing.

Sales increased 16% year over year in the last seven weeks of the second quarter, and kept it going with a 20% increase in the first three weeks of the third quarter. But CFO Matt Bilunas said that he doesn't expect the momentum to last through the end of the current quarter. He also cautioned that expenses would rise as stores reopen and employees get back to work.