Please ensure Javascript is enabled for purposes of website accessibility
Log In Help Join The Motley Fool
Free Article Join Over 1 Million Premium Members And Get More In-Depth Stock Guidance and Research
By Brian Withers – Aug 26, 2020 at 7:30AM

Smart investors have their eyes on the payroll processor's management team.

With unemployment hitting highs not seen since the early 1940s, it's not surprising that payroll processor and HR software specialist Paycom (PAYC -1.33%) had a rough quarter. But savvy investors looking behind the headlines are noting encouraging signs that its slowing growth is more of a head cold than a life-threatening disease. Let's review the most recent results and look at why investors shouldn't give up on this growth stock just yet.

A quarter colored by the coronavirus

As the coronavirus drove many small businesses to cut staff or shut down, tens of millions filed for unemployment benefits. Paycom's customers, businesses that have between 500 and 5,000 employees, weren't immune to these widespread impacts. Fewer employees on the books and less payroll activity definitely put a damper on the company's second-quarter revenue growth. The top line expanded, but only a tepid 7%, to hit $182 million. This growth was significantly less than its 21% top-line gains posted in Q1 and a far cry from its 2019 full-year increase of 30% over 2018. Gross margins remained within a percentage point of the previous year's at a solid 84%, but the bottom line was a different story altogether. 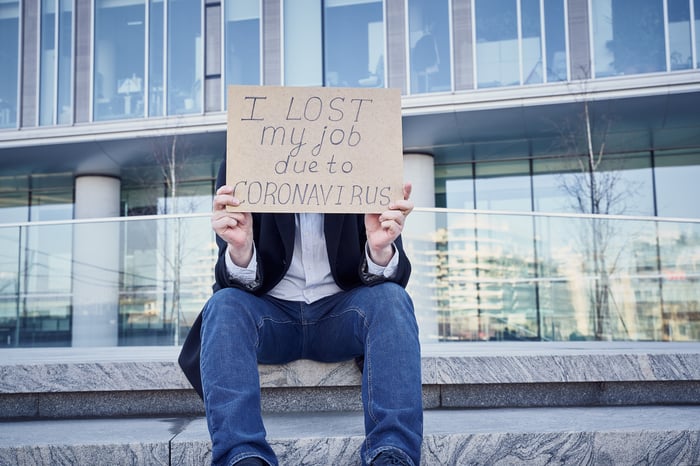 Quarterly operating margins dropped year over year by more than half to 14.6% of revenue, but this was mainly due to purposeful and strategic investments. With a solid balance sheet of cash and cash equivalents of $114 million and only $32 million in debt, management made a bold decision to increase marketing spending and expand its research and development (R&D) budget. Marketing and sales costs for the quarter increased 36% year over year, and R&D rose 30%. Let's take a look at why.

Doubling down on advertising

On its most recent earnings call, President and CEO Chad Richison didn't hide the fact that Paycom spent more money on advertising. In fact, he came right out and stated that "we have spent more in advertising in Q2 than we've ever spent in a single quarter by a significant margin." He went on to explain that they've been watching the payback of the advertising on a week-to-week basis, and leadership would continue spending if they saw positive returns. It turns out they did. Chief Financial Officer Craig Boelte added, "...as the second quarter progressed, we made the deliberate decision to further increase our advertising spend."

It's not always easy to see the benefits from your marketing and advertising dollars, but for Paycom's management team, they were blatantly obvious. Richison shared that "Q2 was our best quarter ever from a new business sales perspective by a large margin." These incredible results were due to two key drivers. First, the stepped-up advertising brought potential customers to its website, and many requested a product demonstration. A full 90% of these requests turned into appointments, and many of those appointments turned into solid leads. Second, with virtual meetings more commonplace with remote work situations, the sales cycle accelerated from weeks to days. This productive sales activity continued into July, with Richison describing it as the "best month we've ever had from a new business sales perspective."

These encouraging results have management doubling down on its advertising strategy for the remainder of the year, even beyond Q2's record spending levels. But advertising isn't the only trick management has up its sleeve.

Investing in the platform

The company is also being aggressive with its R&D efforts. As its employees have settled into their remote work situations, it's seen an increase in employee productivity, which enabled an acceleration of its product-enhancement roadmap. Richison stated that "several thousand" improvements were released in the quarter for its cloud-based tools, including its Manager-on-the-Go app, which allows leaders to perform their ongoing administrative duties from their mobile devices.

This investment in making its platform easy to use and highly functional is critical to the business. Richison underlined the importance of these activities by saying, "We have a very ambitious product innovation road map, which is a key driver of our success, and we will continue to expand our R&D team with high-quality talent."

So what does the future hold for this human resources cloud software player?

Despite the current economic uncertainties, management was confident enough to project a 10% year-over-year top-line increase for the upcoming quarter. This forecast pales in comparison to its 30%-plus gains from the past, but posting double-digit growth during a recession is an impressive feat. It will take time for those newly acquired customers to result in substantial revenue growth, but in the meantime, the CEO is focused on setting the company up for the long term.

So absolutely a differentiated product is what's driving our sales results, but advertising, the differentiation is getting us those at bats, and so we've been focused on that.
-- CEO Chad Richison

This two-pronged investment strategy in advertising and platform improvements will set Paycom up to accelerate growth as the economy improves. In the meantime, investors might want to take advantage of the recent weakness in the share price to get in on this quality tech stock.