The new tech stock is drawing investors' attention to its torrid customer growth.

The growth stock's gain follows a press release from Agora on Wednesday morning that provided some incremental insight into its recent strong customer growth. 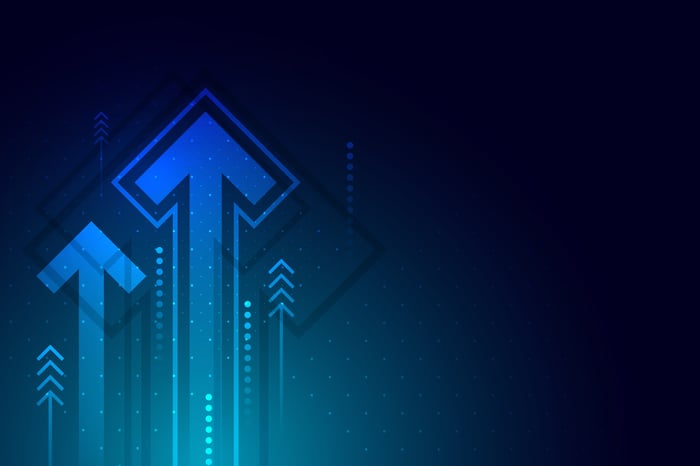 The company's customer base soared 85.5% year over year during Q2, Agora said in a press release Wednesday morning.

"We continue to see interest in [real-time engagement] and real growth on a global scale from customers across sectors like education and gaming," explained Agora chief operations officer and chief revenue officer Reggie Yativ in the press release. "This reflects a larger cultural shift toward richer virtual interactions in our personal and professional lives, both to create better online experiences, but also to innovate in the new business landscape."

While Agora had already announced an 85.5% year-over-year increase in active customers when the company released its second-quarter results earlier this month, Yativ's note in Wednesday's press release that strong customer growth is continuing across sectors like education and gaming is encouraging.

Agora is fresh off its initial public offering in June, and investors are still getting to know the company. And its future looks bright. It's already free cash flow positive, generating $3.6 million of positive free cash flow in the second quarter of 2020. Further, second-quarter revenue soared 127.5% year over year to $33.9 million.

For the full year, management said last week that it expects revenue to be between $125 million and $130 million. Analysts, on average, were expecting revenue of about $122 million.

Why Agora Plunged Over 20% Today

Why Agora Stock Plummeted 22% on Friday

Why Agora Stock Took a Hit on Tuesday