The company has been under pressure for months to divest the satellite broadcaster.

For those with an extra few billion dollars in their pockets and a hankering to own a big satellite broadcaster, it seems that DIRECTV is again on the market. Citing people familiar with the matter, The Wall Street Journal on Friday reported that owner AT&T (T -0.89%) is apparently once more attempting to sell the business.

According to the article's sources, the company and advisor Goldman Sachs have held discussions with private equity firms on a sale of at least 50% of the unit. Among the interested parties are alternative-investment specialist Apollo Global Management and privately held Platinum Equity.

Other would-be investors that were approached declined to submit bids for DIRECTV. None of these formerly potential suitors were named. 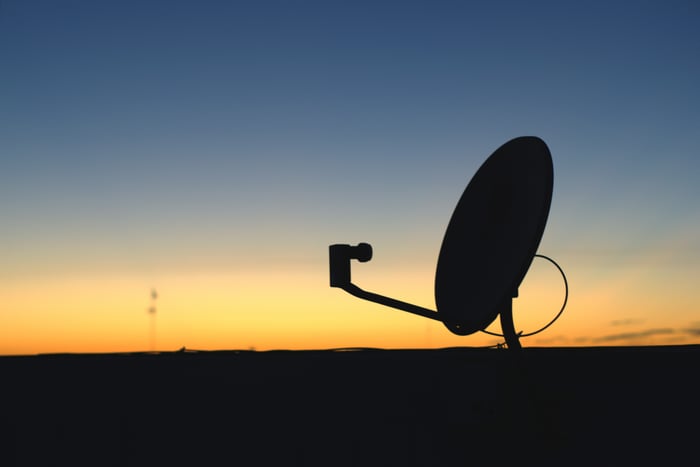 All talks are in early stages. There's no guarantee a sale will be agreed upon, the article's sources stressed. No potential price or range was identified for DIRECTV, nor was there any indication of when a sale might take place.

Satellite was once the cutting edge of the broadcasting industry, but its position has been eroded by cord-cutting as customers gravitate to video streaming services.

AT&T is facing pressure from within to divest DIRECTV, one of several assets in its sizable entertainment portfolio. Last September, hedge fund Elliott Management divulged that it bought a $3.2 stake in the telecom giant and then immediately called for it to divest assets it considered insufficiently productive, including DIRECTV. Since then, AT&T has considered several ways to unload the unit, but none has yet come to fruition.

AT&T, Elliott Management, Goldman Sachs, and Apollo have not yet commented on the Journal article.